For the third year in a row, Oliver Winery is hosting the Harvest Wine Festival. Join the staff of Oliver Winery on Saturday, September 20th from 11 am to 7 pm at their St Rd 37 location for food, fun, music and of course- fantastic Indiana wine!

We will be there all day (come see us at the Best Boy and Co booth) and hope to see YOU there!

Get the details HERE. 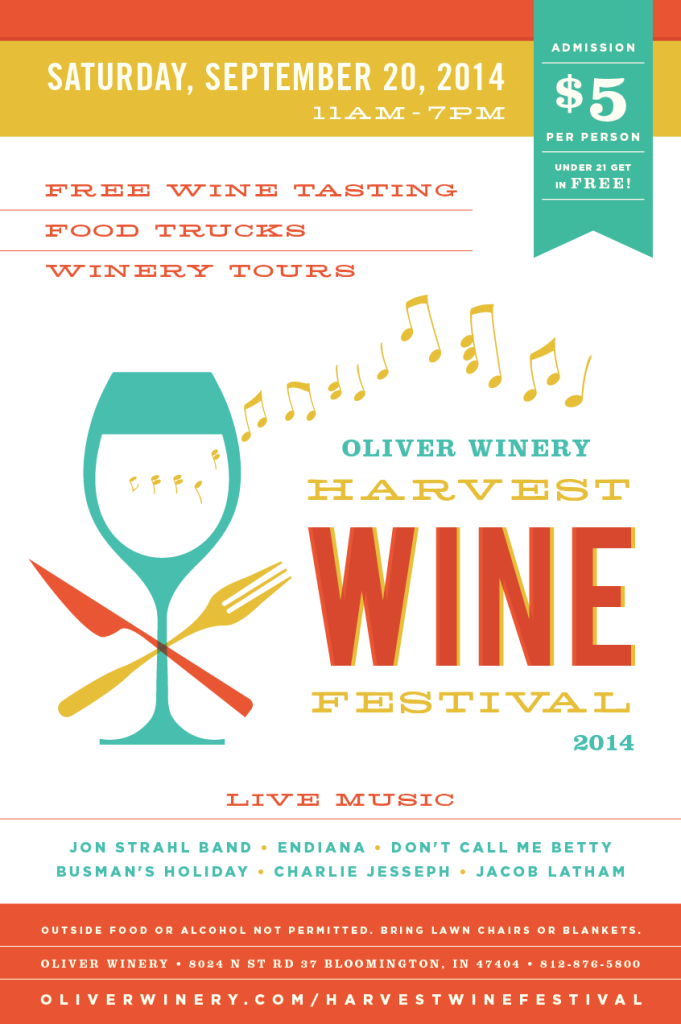 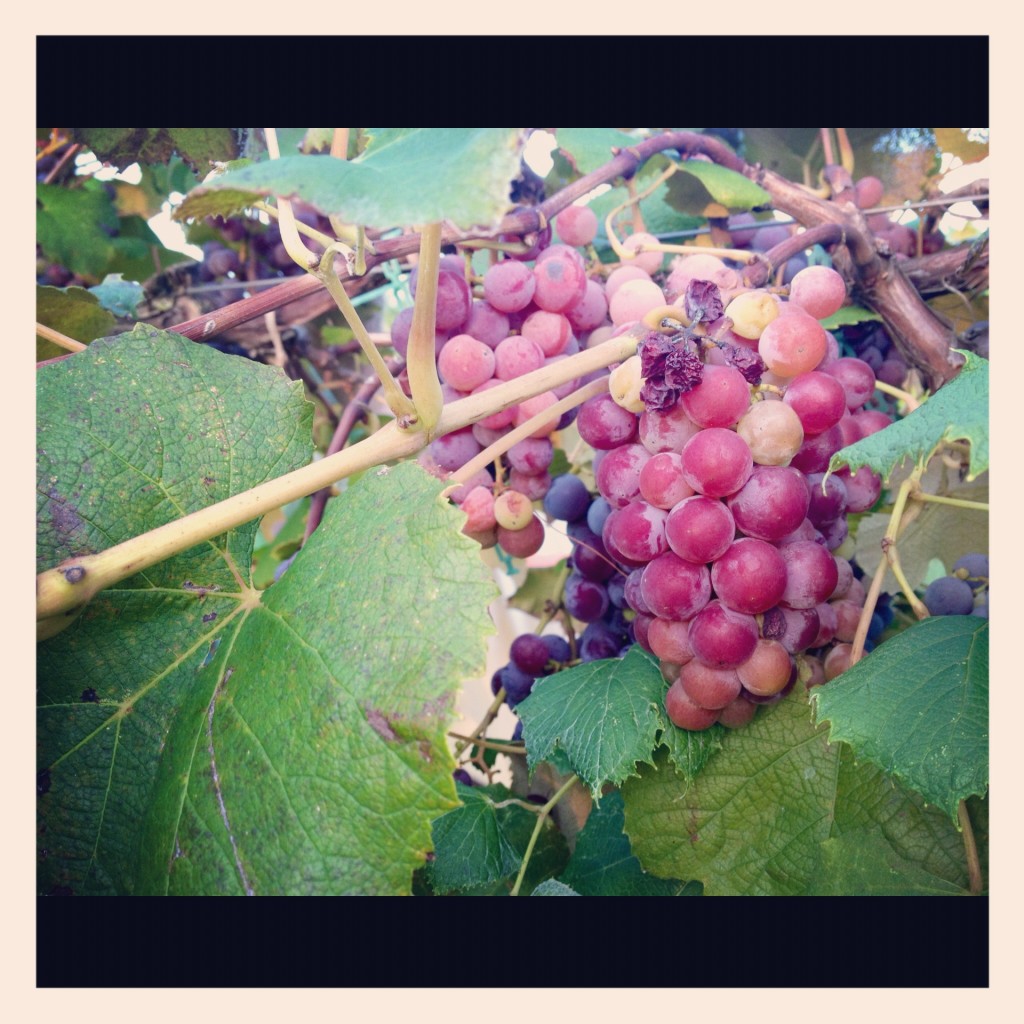 A Bit About Oliver Winery:

Oliver Winery started in the 1960s as a hobby in the basement of Indiana University law professor William Oliver. His enthusiasm for making wine led him to establish a vineyard northwest of Bloomington. Soon the flourishing vines produced grapes far in excess of his needs as a hobby winemaker, and he began plans to open a commercial winery.

Professor Oliver was instrumental in passing legislation allowing for the creation of small wineries in Indiana . The Indiana Small Winery Act passed in 1971 and Oliver Winery opened to the public in 1972. Initially, sales were modest but grew quickly after we began making Camelot Mead, a light wine made from honey.

Professor Oliver’s son, Bill, took charge of the winery in 1983. He focused on enhancing the visitor experience by increasing wine quality and variety, establishing gardens and providing great customer service. Sales grew steadily in the 80s, reaching 25,000 cases by 1990. 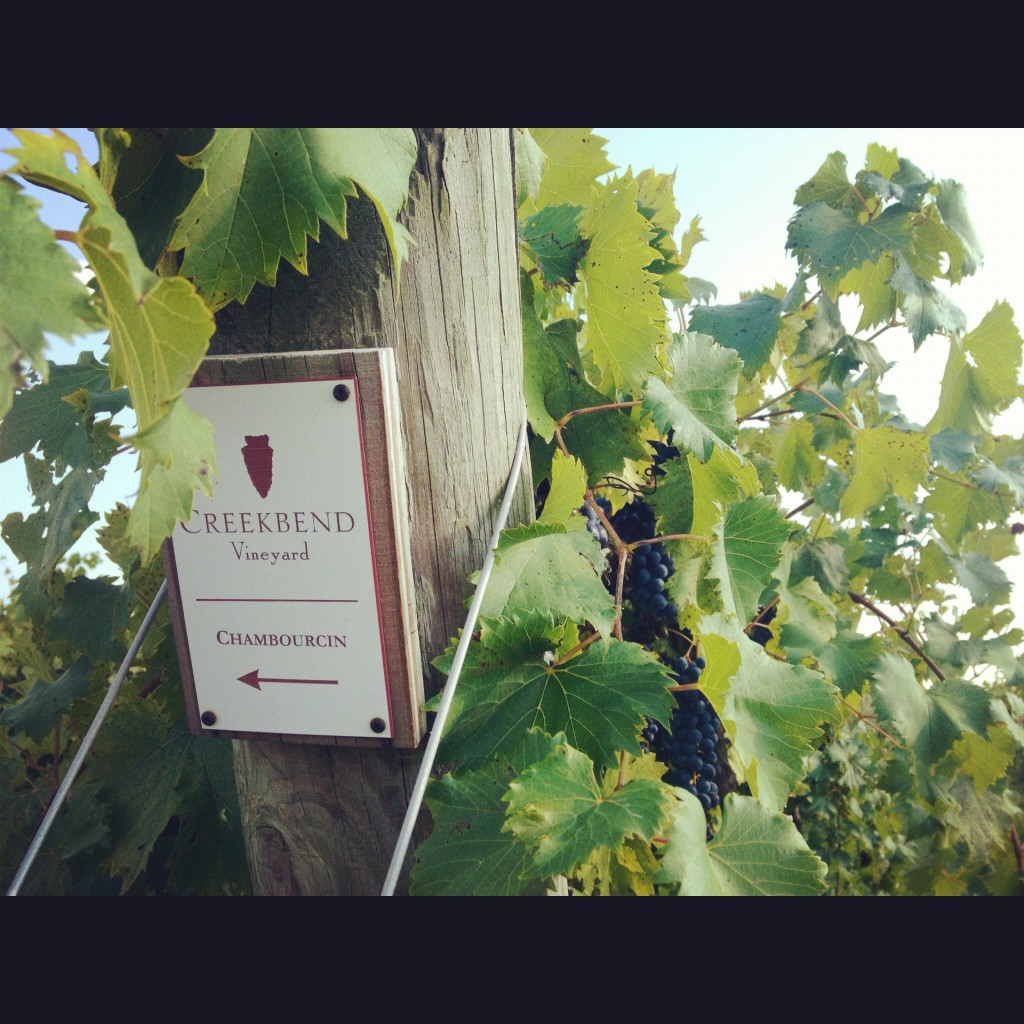 In 1993, Kathleen Oliver joined the winery as General Manager. This allowed Bill to focus on winemaking and viticulture and the new Creekbend Vineyard, which was started in 1994. Retail sales continued to grow and allowed for the construction of a new tasting room in 1997. By 2000, sales had reached 60,000 cases.

While retail sales marked the greatest growth prior to 2000, subsequent years saw tremendous growth in wine sold through wholesale channels. Major facility expansions occurred in 2002 and 2007 making Oliver Winery one of the largest wineries in the eastern United States. In 2002, interstate expansion began as Kentucky became the first state outside of Indiana to offer Oliver wines. By 2008, Oliver Winery had distribution in 14 states and total case sales exceeded 270,000 cases.

Oliver Winery- The Vine Series
Herbs We Can Do Without...
Cooking...One of My Life Diversions
Join Me, Ohio Dairy Farmers and the American Dairy Association Mideast for a #BarnParty on #Twitter ...
« Duck Risotto {And a Giveaway}
Fresh Thyme Farmers Market Opens 2 NEW Locations in Indianapolis! »