Las Vegas is most famous for its large casino resorts that tower over the legendary strip. It’s a popular destination for high rollers and first-time gamers alike, all drawn to the city because of its position as a leading casino destination city.

Many associate the city with Elvis Presley impersonators, wedding chappels and big-name boxing matches. While others think of shows from resident performers like Penn & Teller, The Blue Man Group, and Jim Jeffries.

Las Vegas is also home to a vast array of events, covering everything from live poker tournaments organised and sponsored by the likes of PokerStars and other big names in the industry to conventions like Comic Con and the Consumer Electronics Show.

Many overlook the fact that Las Vegas has some of the finest restaurants in the world. In Sin City, you’ll find just about every cuisine you could imagine, from classic American BBQ to authentic Indian dishes. Here are some off the best.

Steak is one of the most popular dishes among gamers in Las Vegas, with almost every casino having a selection of steak options in its restaurants. As anyone who’s eaten it knows though, cooking steak perfectly takes a great deal of skill and experience. Edge Steakhouse combine the best Prime cuts of beef with creative and unique sides to offer one of the best steakhouse experiences in Las Vegas.

Located inside the Westgate Las Vegas Resort and Casino, Edge Steakhouse serves up filet mignon, wagyu ribeye, and an 18oz dry-aged New York strip to diners, who can accompany it with everything from broiled lobster tail to truffle mac & cheese.

It’s not just the food that’s great though. Edge Steakhouse has some of the most knowledgeable and accommodating staff you’ll ever come across in a restaurant, from the expert kitchen team who’ll cook your steak to perfection, to the waitstaff who care for your every need. 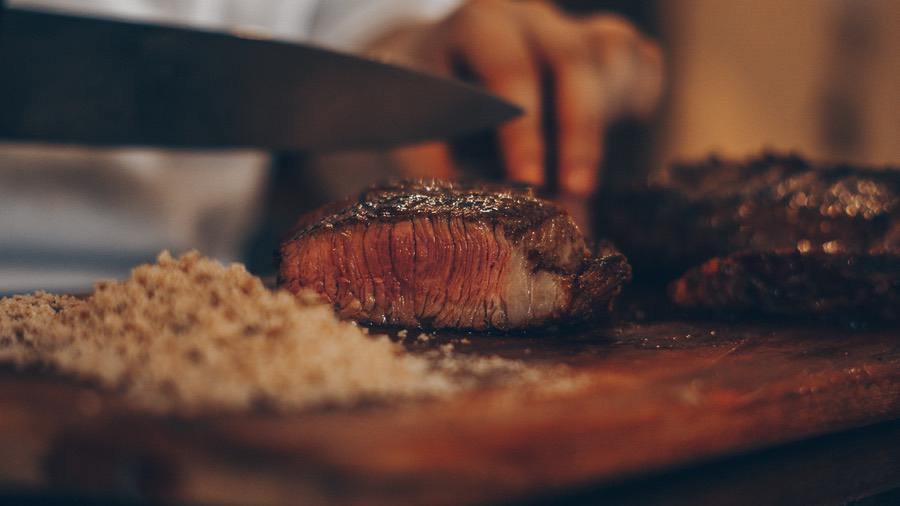 Gourmet magazine has called Lotus of Siam “the best Thai restaurant in the United States”. As with many Asian restaurants, Lotus of Siam has a huge menu that can make it difficult to choose, since there are so many great options.

This owner-operated restaurant is located inside an outdoor shopping precinct off East Sahara Avenue, a few blocks from the strip, and has plenty of outdoor parking.

Some of its most popular dishes include Khao Soi, a crispy duck dish in a curry sauce that’s served with rice noodles, and Salmon Love, a grilled salmon fillet served with a selection of vegetables and a tangy sauce.

If you’re looking for something that’s a little cheaper but don’t want to sacrifice the quality, then Juan’s Flaming Fajitas & Cantina is a great choice.

Serving up a range of Mexican dishes in a welcoming atmosphere, you’ll struggle to find better fajitas in Las Vegas. The place is also known for its delicious frozen margaritas and local craft beers, perfect for washing it all down on a hot day.

It’s located to the east of the city though, so you’ll have to travel outside of the tourist hotspots to get there, but with ample parking it’s easy to find and get to.

Las Vegas has some of the best buffet restaurants in the world, and the Bacchanal Buffet at Caesars Palace is one of the city’s finest. USA Today awarded it the title “Best Buffet in Las Vegas” after its $100 million refurbishments in 2012.

Paying one price, you have access to some of the best seafood, meats, and dishes from just about every cuisine you can imagine. Even premium cuts of meat are available, including Prime rib, Australian lamb and crabs legs. To wash it all down, you can purchase an unlimited drinks package as well, creating a truly all-you-can-consume experience.

The buffet opens in the morning, serving up freshly squeezed juices and a range of specialty breakfast dishes like the acai breakfast bowl, as well as traditional items like bacon and eggs. If you’re in a rush, there’s even an express pass you can pay for that will let you skip the lines.

New in Town? Guide to Experiencing Portland, Maine
« 5 Common Healthy Meals You Can Make At Home
How to Deep Clean a Kitchen »