Ray Black, executive director of Lide White Memorial Boys & Girls Club in Madison, Indiana, was presented with a Dependable Leader Award by Maytag brand and Boys & Girls Clubs of America (BGCA). Ray and the Club in Madison were given a $20,000 financial award that will further enhance the Club’s efforts to be a safe, dependable place that enable young people to achieve great futures.  Ray is the fifth of 25 Leaders that will receive this distinction throughout 2013. 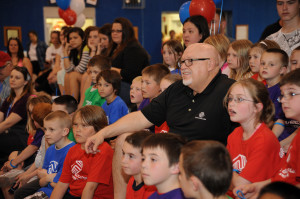 On Wednesday April 10 the Maytag Repairman made a surprise visit to the Club to honor Ray Black and his dedication to the Lide White Memorial Boys & Girls Club. Following the award presentation, the Maytag Repairman, Ray and the Club staff were available for interviews to speak about the partnership between Maytag and Boys & Girls Clubs of America and how the Maytag Dependable Leader Award will allow Ray and the Club to continue to make a positive impact in the community and build upon their reach. 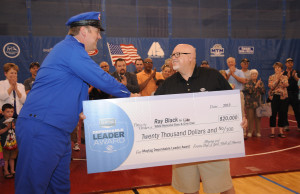 Some question if Boys & Girls Club blue runs through Ray Black’s blood. While Ray is currently the executive director of Lide White Memorial Boys & Girls Club in Madison, Ray has been involved with the Club since he was a student at Madison Junior High School in 1964. He began working for the Club as a volunteer and held various roles such as the Assistant Director. In 1984, Ray took over as the Club’s Executive Director and has remained committed since.

“The Maytag Dependable Leader Award allows Maytag brand to give back to Boys & Girls Club professionals and volunteers who continue to give tirelessly of themselves to the Clubs and the youth they work with,” said William Beck, senior brand director, Maytag.  “Boys & Girls Clubs’ staff, volunteers and board members provide hope and balance; it is our honor to recognize these individuals with this award.” 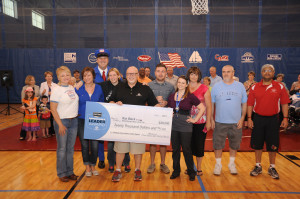 As the director, Ray has served on several Boys & Girls Club committees locally, regionally, and state wide. In 2001, his commitment was recognized when he received the Boys & Girls Clubs of America National Professional Service Award.

About Boys & Girls Clubs of America: