Last November I traveled to Las Vegas, for the first time, to serve as a judge at the World Food Championships. I was asked late in the summer to attend and judge the sandwich and dessert categories- so of course I said yes!

For the last 4-5 years I have judged countless food events in Indiana from cocktail contests to maple syrup recipe contests, BBQ to bacon. If there is a festival or event with a food competition component involved then most likely I have been there. It has taken me several events to get used to focusing only on the technical merits of the item in question and not worry about hurting someone’s feelings- but that part is still hard.

There are always basic bullet points each dish needs to be judged upon. Taste, texture, following directions, visual appeal are just a few of the required notes that need to be hit. Each individual competition has it’s unique set of rules. You just have to hope the competitor took the time to be prepared. There is a vast difference between the prep needed for lets say- a simple pie contest at the state fair and a throwdown on Freemont Street in Las Vegas.

The winner is always striving to win- something.  At the World Food Championships the stakes are  high. This competition is nothing to sneeze at. There is a reason they call this event the ultimate food fight.

From my perspective as a judge there were only a few times I wished I had had the ability to give feedback to the competitors. For the most part each one followed the procedure for samples and presentation to the letter. Their example plate for table review was investive, interesting and captured the spirit of the category.

The tasting plates in a few cases in the sandwich category were exquisitely planned and executed. One that I tasted appeared to have been very creatively planned and that was evident from the first bite: fresh baked bread, shaved asparagus salad and roasted beef. The fact they were able to pull that off in the kitchen coliseum in the time they had showed me that they were in it to win it.

Other items of note were tasting plates that had too many extraneous items in the way that really distracted from the overall impressions of the dish. It was mentioned at my judging table more than once that these extras really didn’t enhance our opinions of what we were tasting- rather it detracted us from enjoying the dish. If it is pie- then bring us pie. If it is a grilled cheese- then make a grilled cheese. Don’t get lost in the peripheral items.

All in all it was a great, albeit delicious, experience. I would do it again and I am actually contemplating competing this year. I was inspired last year and after watching the bacon competitors in action, I think I can do it.

This is no ordinary food competition. This is THE World Food Championships.

A few highlights in pictures

There were many great opportunities for people watching and celebrity spotting.

I was pretty excited to meet Simon Majumdar

The highlight of my trip was watching two local competitors from Indianapolis compete in the burger category. 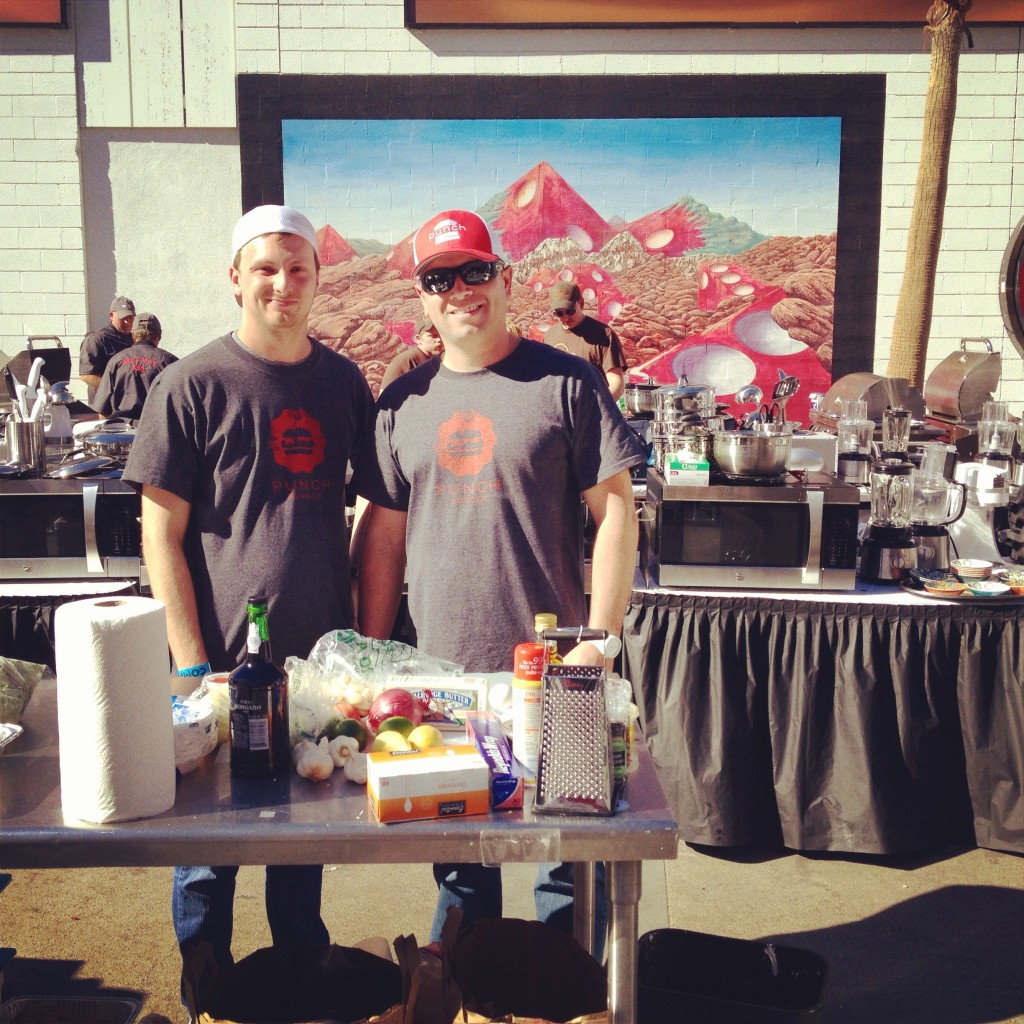 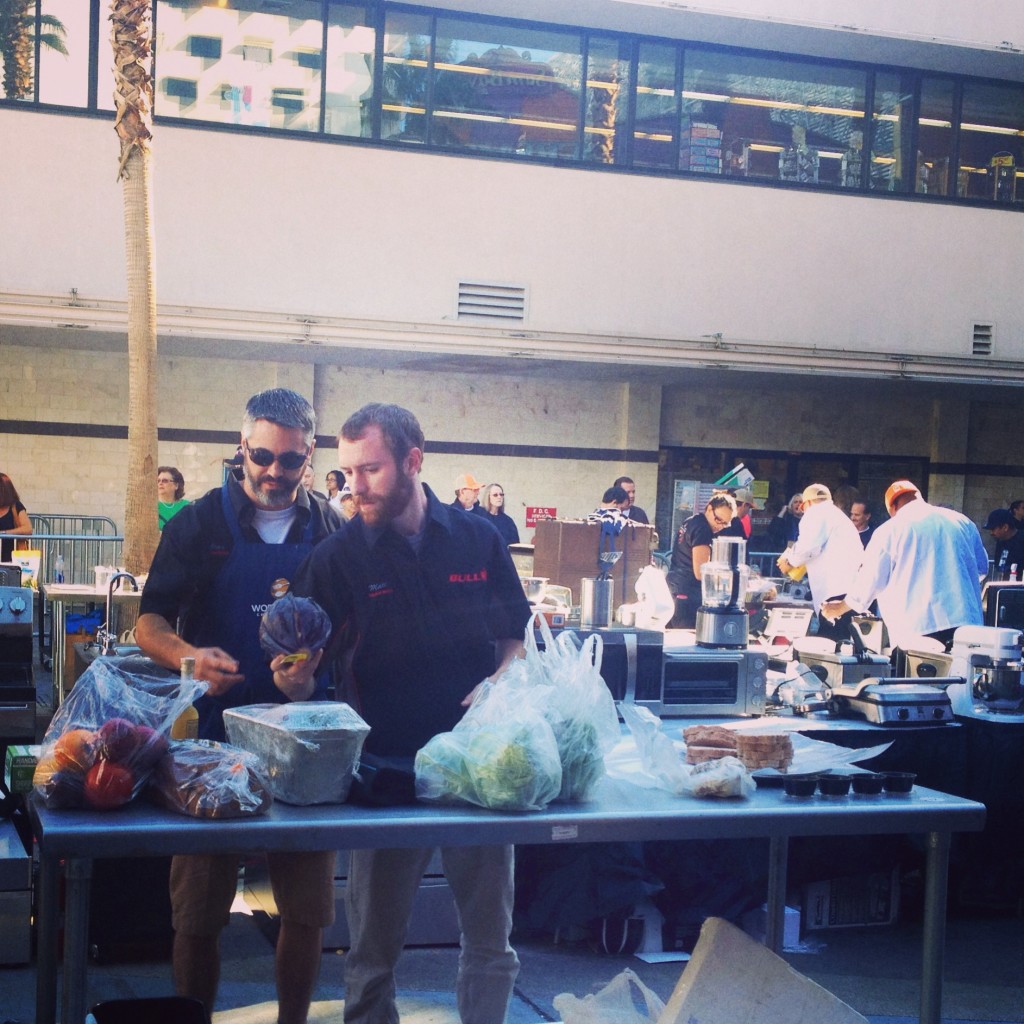 There were amazing sponsors at WFC- of course my favorite was Maple Leaf Farms ???? 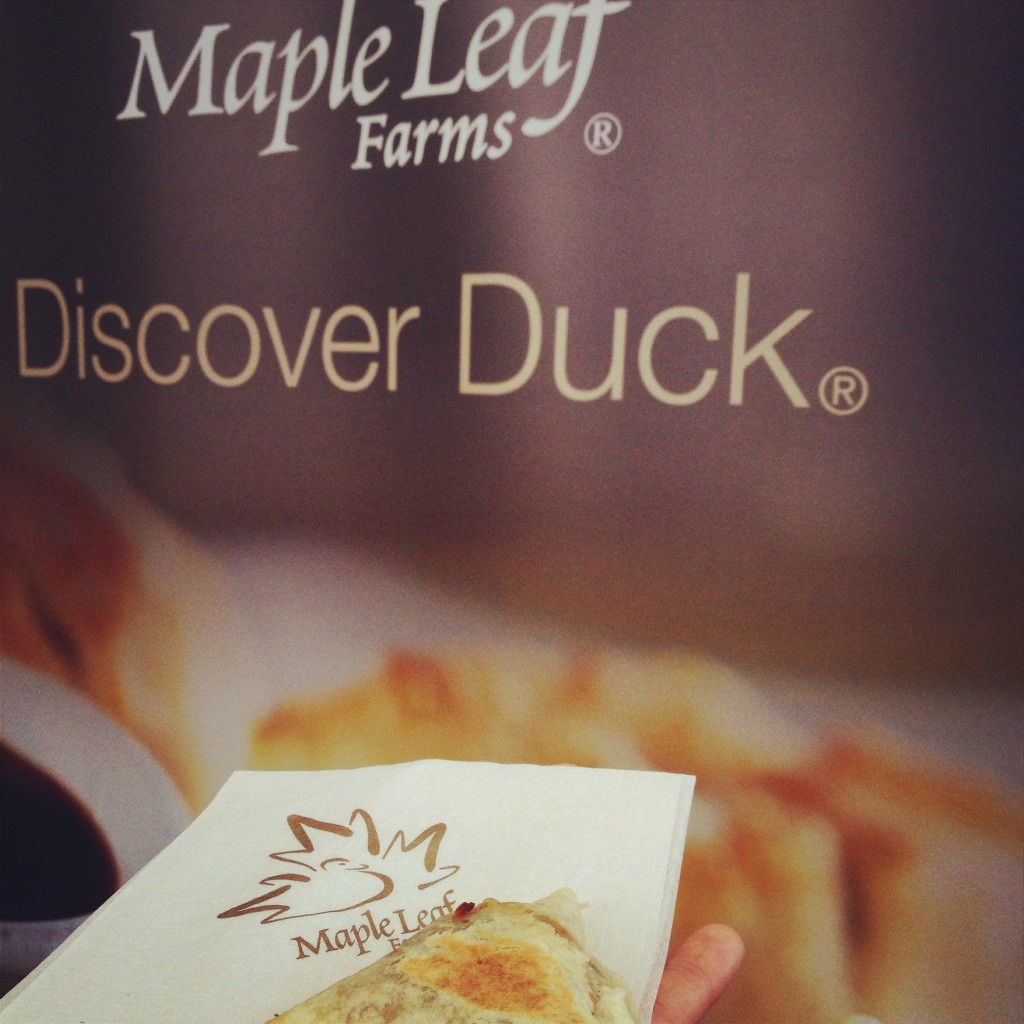 There were many educational demonstrations on the Dole stage. I had a chance to meet and have a great discussion with Chef Ben Ford. I wish we could get him to Indiana- what a force in the eating local movement! (Can I just say also that it was cool to talk to Han Solo’s son!?!) 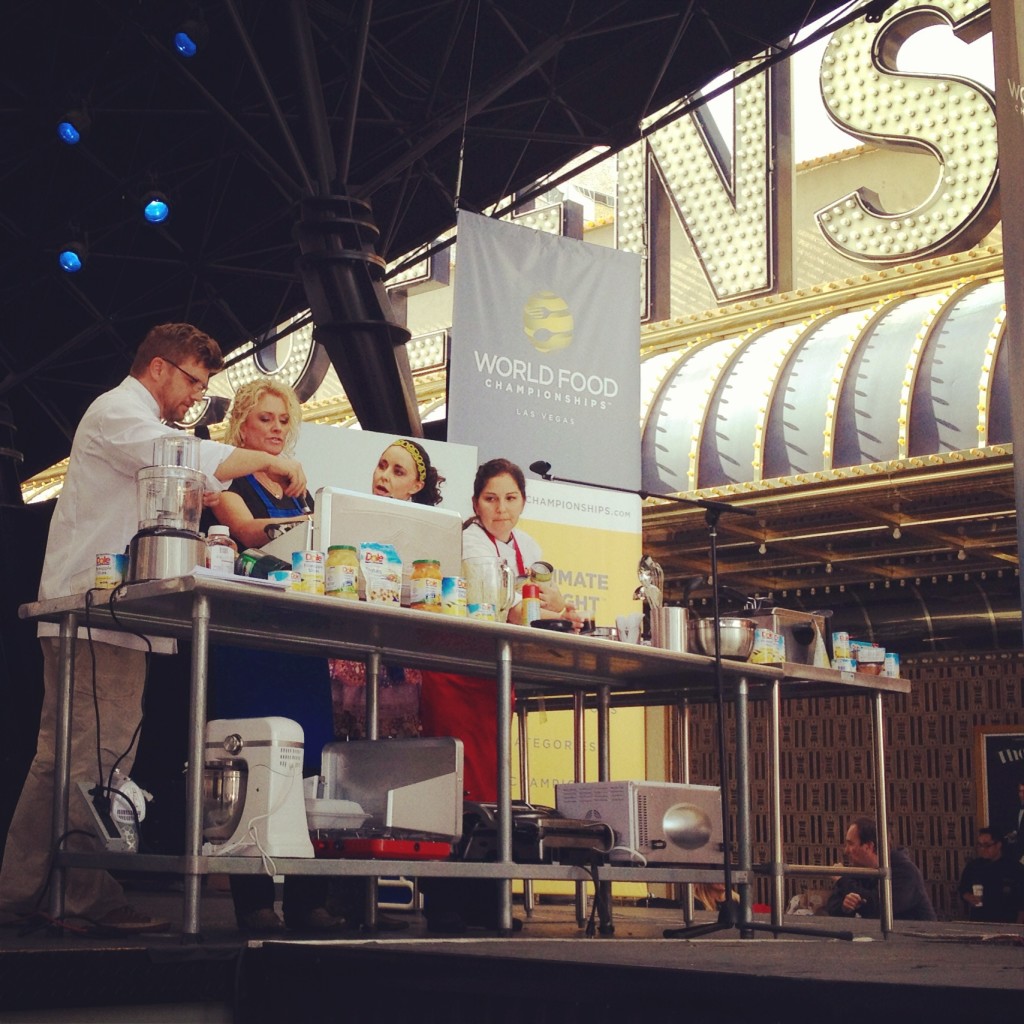 I was hesitant to photograph the food the competitors brought in. You will have to stay tuned- the coverage for the World Food Championships will soon be on television! 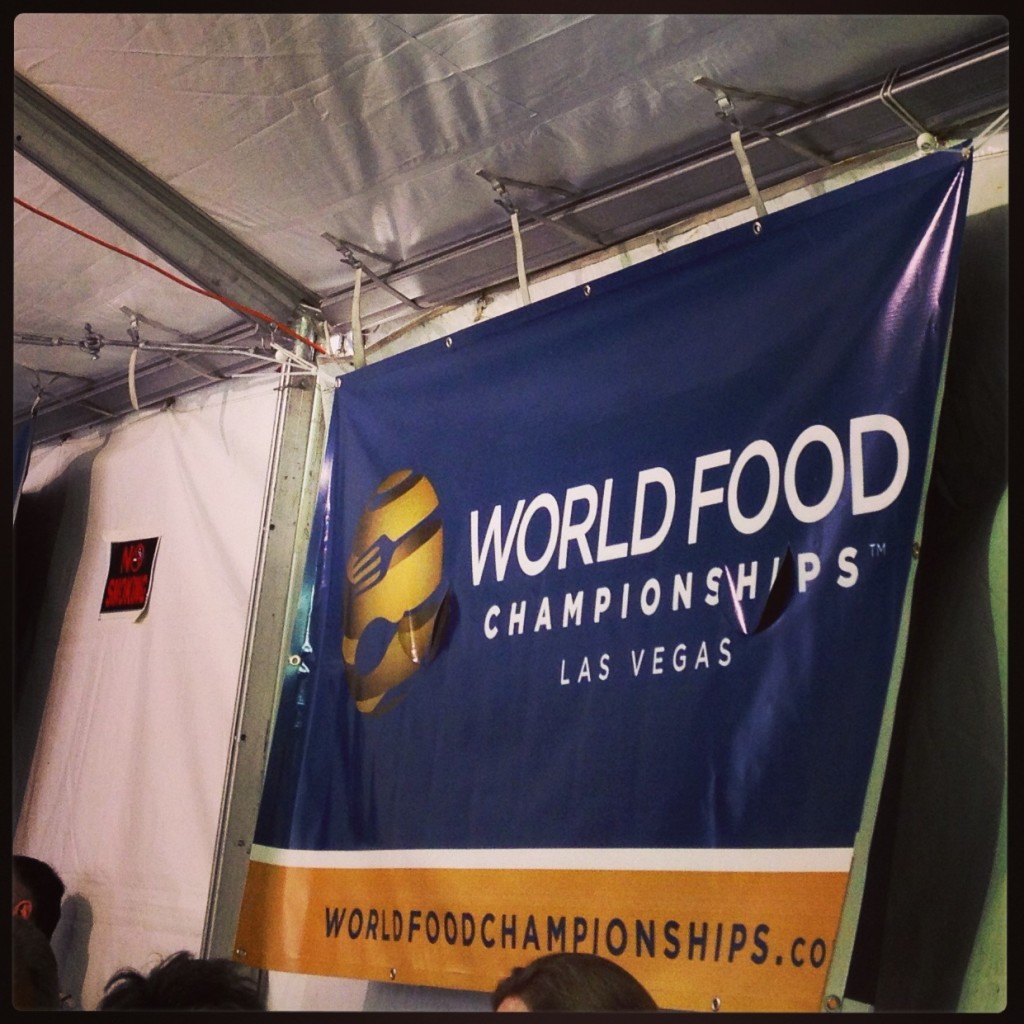 From inside the judges tent

A talented group of ladies, and other than myself, all competitors at World Food Championships. 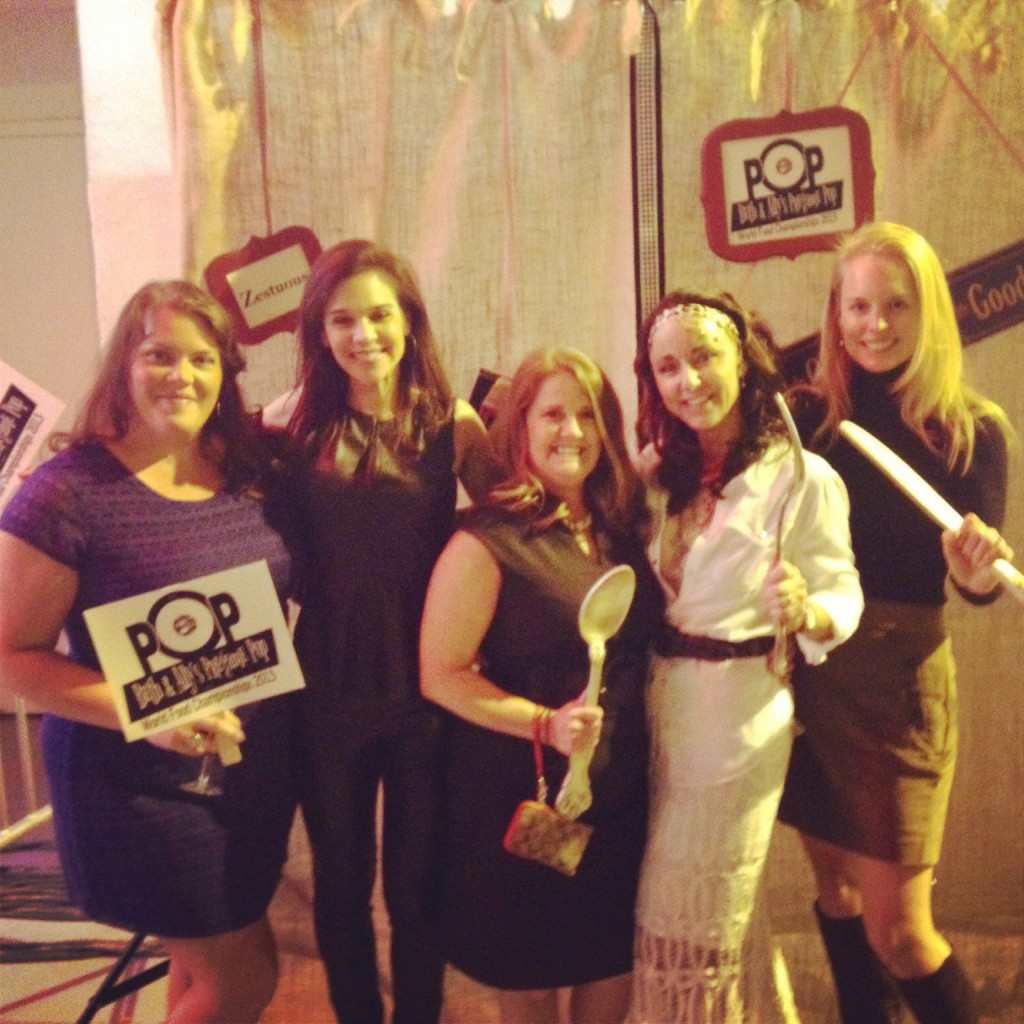 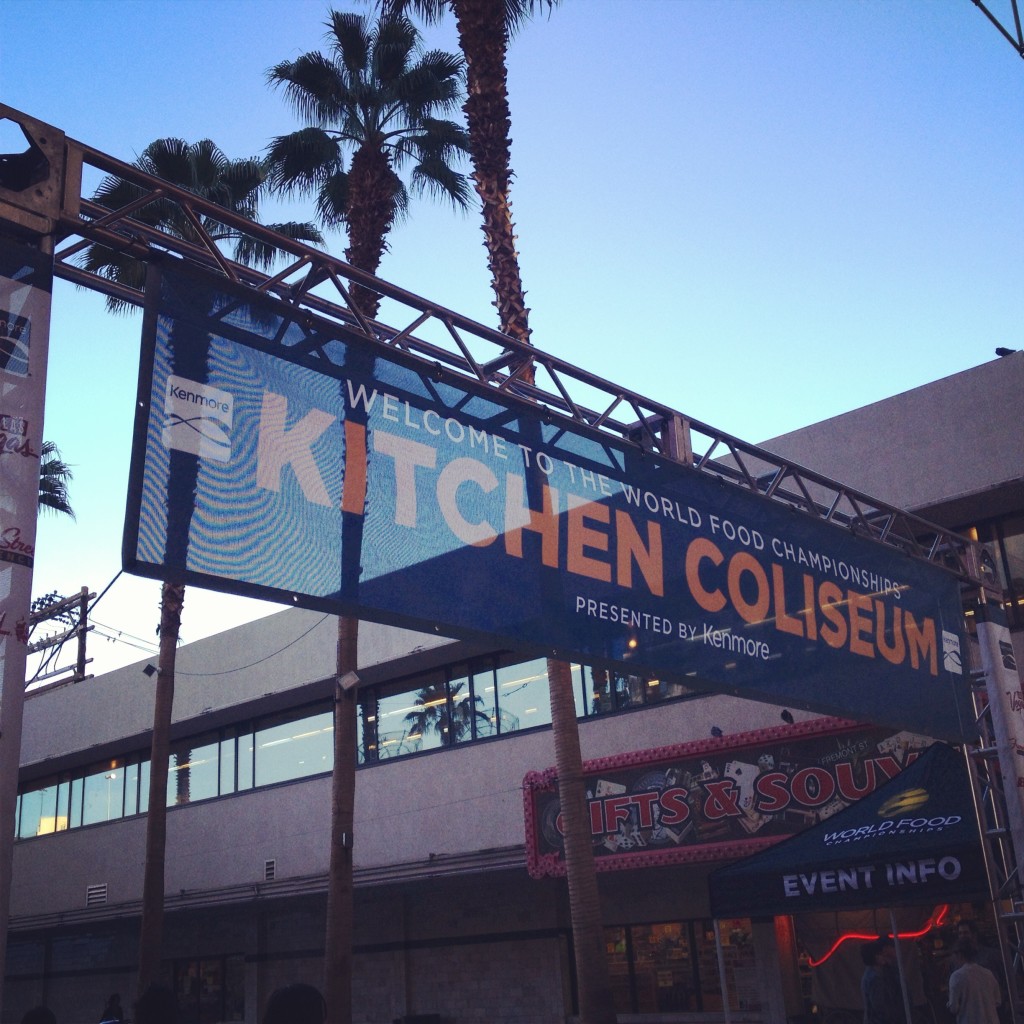 Want to compete? Be a judge? A spectator? Get ALL the information you need HERE