Pork has a Rich History in Indiana. Indiana Chefs and Dig INdiana

Indiana restaurants that regularly feature local foods are now working together to feature ingredients that are seasonal and have a significant history to the state.  Each month, chefs across the state will concentrate on one specific item and educate customers about how important it is to the state.

In the month of March, Dig INdiana chefs will heavily feature pork.  Hoosier cuisine and foodways has been profoundly influenced by this long tradition of pork production in the state.

Early Hoosier pork consumption would have been decidedly seasonal and influenced by ethnic traditions of settlers. Fresh pork would have been consumed in fall and early winter, from September through December, when hogs were slaughtered on farms for home consumption and driven to market. The rest of the year Hoosiers would have eaten their pork with some sort of cure or smoke. Pork brined in large barrels was common, as was bacon, sausage, hams, and sauerbraten. Perhaps the most distinctive dish of Indiana is the pork tenderloin sandwich, which reflects this tradition. In modern cookery, it consists of a lean, loin-cut pork, which was pounded flat, breaded, and deep-fried. Early forms would have used lesser cuts and would have been deep fried in lard or butter and served without a bun. This dish has similarity to schnitzel and may have been influenced by the large population of German immigrants that originally populated central Indiana.

Traditional Midwestern food has long been thought of as simple, straight-from-the-farm food, focusing on local products, and food traditions connected with European, Native American, and African American food culture. This was the type of food that was best found in people’s homes or church gatherings than at restaurants. The production and consumption of pork, however, has crossed across many of these traditions, cultures, and ethnicities. Many scholars, in fact, claim that the settlement and economic development of Indiana happened because of pigs. In territorial and early-statehood, swine sat at the center of the state’s culture, economy, and food. Pork was responsible, too, for the growth of Indiana’s earliest food industries.

Early pork production was centered in the Southeastern corner of the state, a geographic area between Richmond, Louisville and Indianapolis. In that region, nearly every farmer raised between 50 and 100 hogs. The hogs foraged on mast, snakes, and acorns during much of the their lives, but then were fattened on corn before being driven, on foot, to market, usually in Cincinnati, but also Madison, Indiana and Indianapolis. The coming of the railroad in the middle of the 19th century grew the importance of Indianapolis as a hog-processing center, and pigs increasingly traveled to market on rail, not foot. As the epicenter of early US hog production, Southeastern Indiana was also an epicenter of breeding innovation. Important early improvements to hog breeds that occurred in Indiana included the importation of the first Berkshires to the United States to a farm near Brookville, and the development of the Poland China hog with farmers in Southwestern Ohio.

Through the nineteenth century, Hoosier pig breeders sought to breed more fat into the bodies of pigs to increase the amount of lard and the quality of the bacon. It wasn’t until the 1920s that Hoosier farmers began to breed leaner pigs, a trend that continued through the rest of the twentieth century. Today, Indiana produces about eight million hogs, making it the fifth largest pork producer in the United States. The geography of production has now shifted north, however, with most Hoosier Hogs raised in the region northwest of Indianapolis and southeast of Merrillville.

Two companies brought Indiana Pork to the forefront in the 1800’s; Kingan and VanCamp.  Kingan & Co, produced virtually every product which could be rendered from pork or beef. Samuel Kingan opened his first meatpacking plant in Northern Ireland. He later immigrated to the United States, where he opened meatpacking plants in Brooklyn and Cincinnati, both of which were destroyed by fire. In 1862, Kingan settled in Indianapolis and opened a meatpacking facility in the area that is now the Indianapolis Zoo and Victory Field. Kingan’s first location burned not long after it was opened, but was rebuilt and reopened within a year of the fire. Unfortunately, about a century later, centralization of the meat market and another fire at the Kingan location forced Kingan to close the doors of what was once one of the largest meatpacking plants in the United States.

Van Camp’s roots began with Gilbert Van Camp and his wife, Hester. Back in 1861, they canned fruits and vegetables in their family store in Indianapolis. Van Camp was an entrepreneur and tinsmith who built the first cold storage warehouse. Gilbert’s son, Frank, discovered that pork and beans taste better when mixed with tomatoes and served hot. He began marketing his new product and even sold them to Union troops during the Civil War. Chance brought about the discovery of the famed

Van Camp product pork and beans. Van Camp’s 16 ­year-old son, Frank, conceived and developed the first commercially prepared catsup, which was a departure from custom. Then the plant burned. The Van Camps were working to salvage the remains of the plant when Frank Van Camp received a crock of pork and beans from his mother. Wanting more flavor, he poured some of the plant’s catsup on the beans and discovered the fine flavor of the mixture. Thus the famous product came in to being. He began canning it for the world. 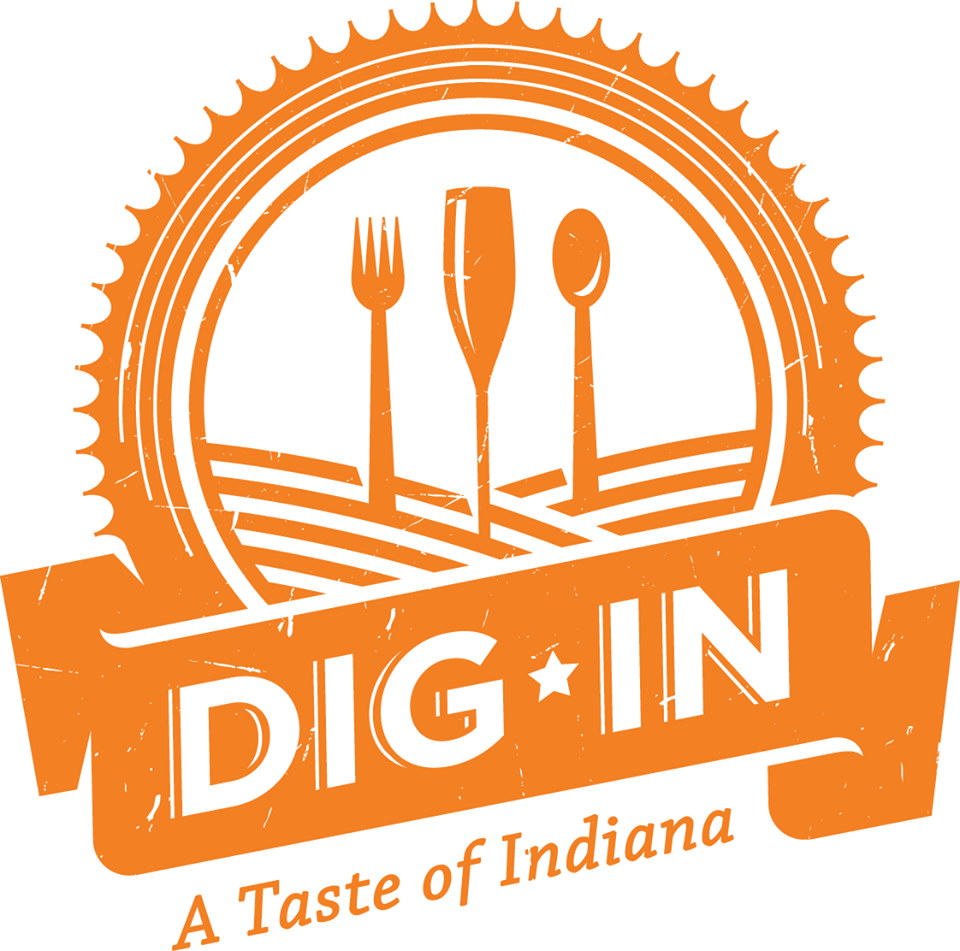 In the month of March, visit your favorite restaurant that features local food and see what they have on the menu.  As you find your favorite, post them on Dig IN’s Twitter, Facebook and Instagram sites.