The other day I was trying to keep up with a conversation with a group of middle school aged kids I was with. I am not good at communicating via emoticon or in clipped letter combinations like LOL or ROFL. I am not even sure what that second one means. I tried to keep the conversation in an area that I was familiar with like food and books.

Apparently, I know far less about the world and life than a gaggle of 13 year olds. My phone was so yesterday and my boots were cool 2 years ago. Not that I mind or even notice, but nevertheless I felt just a tad bit older after this experience.

I made the tragic mistake of bringing up one of my favorite television shows Downton Abbey. I referenced a character that I love and I was met with blank stares and the response “ya, that is the show my Grandma likes.” Ouch!

I didn’t let it get me down, though. I headed to the kitchen and worked on a few new recipes for an upcoming local morning news segment I was doing for Fox59 featuring reinvented Superbowl snacks. I puttered away chopping this and mixing that. It didn’t take the flock of kids long to migrate in my direction. I was doing something that is universally understood and mutually interesting, even to teenagers. Cooking.

Something you may not already know about growing young adults is that they are always hungry. I am not sure where they put it or how they burn it off, I just know if I ate like that I would be as big as a house.

Suddenly I was cool and interesting. They wanted to know what I was up to, why I was doing this or that and when it would be ready. They eyed my snacks with a ravenous look akin to vultures flying over a carcass.

I ran a few of my ideas past them, to see if my creations were as appealing to them as they seemed in my head. I was shocked that they, those who know it all at the tender age of 13, actually liked my ideas. Even better they said it out loud!

I let my taste testers try out a few things I had been thinking about like Cheesy Green Chili Bread and Buffalo Chicken Cups. It was nice to hold their attention and for 30 whole minutes no one had their phone in their hands and they were talking to each other using real words and complete sentences. I was thrilled.

First up, I demonstrated the cheesy bread. I mixed an eight ounce package of cream cheese with one half cup of grated Parmesan cheese, one cup of shredded cheddar, eight strips of crumbled cooked bacon, four chopped green onions, one small can of diced green chili’s and one half cup of Ranch dressing. I slathered this on a loaf of french bread that I had cut in half. I then sprinkled each half with cheddar cheese and baked at three hundred and fifty degrees until the cheese was melted and the cream cheese mixture was bubbly.

I let each half cool for a bit and sliced them into strips. I am not even sure if the kids tasted it but it was consumed faster that I have ever seen kids eat before. They loved it, so that recipe went on the short list for my news segments.

Their attention waned after they had been fed and it was time to go home. I would like to think they enjoyed our time together in the kitchen. I knew the spell had lifted once those phones came back out and their topics were now music groups I had never heard of and the latest piece of gossip they heard on the bus that day. I returned to what I was doing and made a pretty swell version of buffalo wings, without the mess. I didn’t share those, instead I enjoyed the silence in the kitchen.

These little appetizers would be perfect for a Superbowl party and are pretty simple to make. I used won-ton wrappers which are easy to find and very inexpensive. I like to call them the ‘Little Black Dress’ of the kitchen. One hundred uses and everyone needs to try to make something with them. Today I am sharing just one of the many ways you can integrate them into your cooking rotation.

Are you at a loss as to what to make for your next get together and you don’t want to cook? I have bought several great sandwich platters from Subway. Really. Kids love them and when you are feeding 40 hungry high school swimmers sometimes is really is just cheaper to get a sub platter. Oh, and make these little gems too ????

And to see me in action making this with Sherman Burdette of Fox 59 tune in on January 29th on FOx59.com! 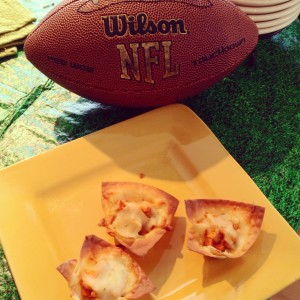 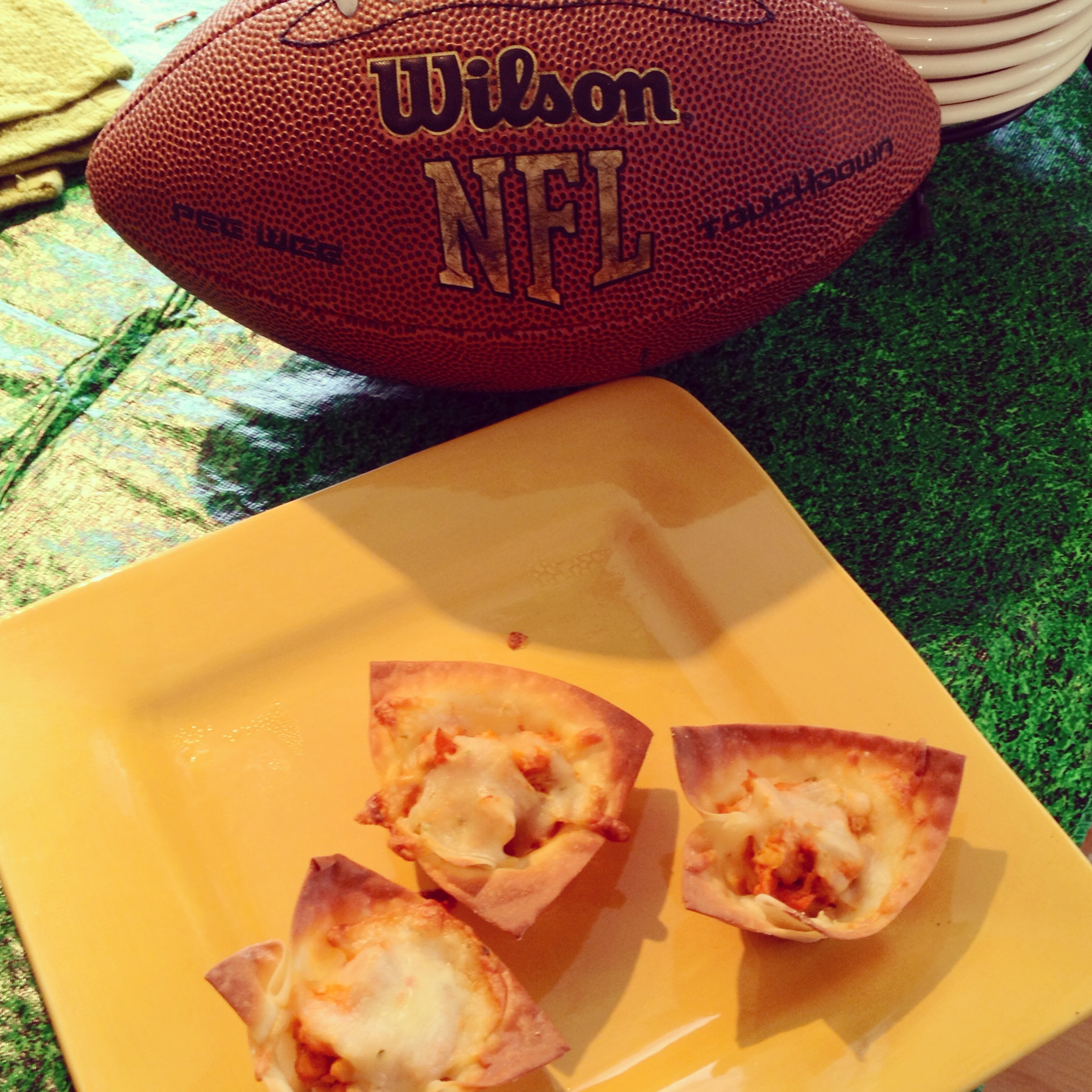 7.6.6
46
https://basilmomma.com/2013/01/buffalo-chicken-won-ton-cups.html/
All Rights Reserved; Basilmomma (www.basilmomma.com) – This recipe may not be distributed, sold or used for any commercial purpose (including sharing on social media platforms). The ONLY authorized use is by to share an IMAGE ONLY along with a link to the blog post on basilmomma.com where the recipe can be found. 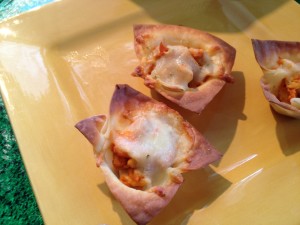