This baked caprese appetizer is a quick and easy way to use fresh garden tomatoes! Juicy garden tomatoes, fresh basil, and soft mozzarella cheese are all you need to make this great side dish!

I posted a picture last week of these fabulous baked caprese tomatoes I made but I forgot to post my recipe! 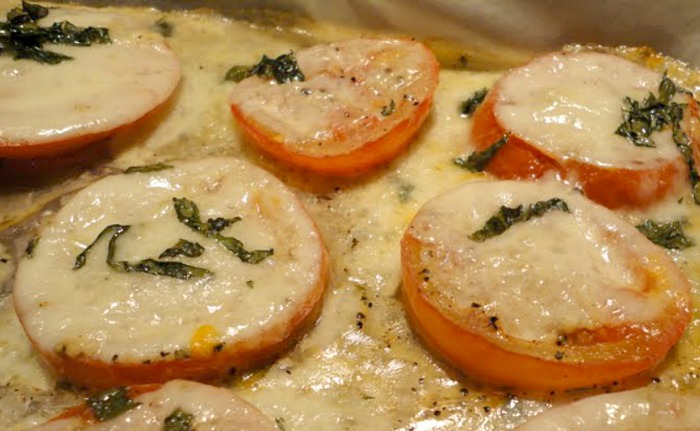 Well, recipe is a loose term here.  This is really more of a recounting of my desire to have something for dinner that covered many of the bases I felt I needed that night.  Garlic, basil, tomatoes and….cheese!

I had a great ball of homemade and very fresh mozzarella that I had been hoarding all week.  It needed to be used, as I knew we would be gone all weekend and it would go bad.  All I could think about was making caprese salad over a nice french bread crostini.  That was the plan originally. Then, as with most things, I forgot that plan and went with another.  You know how it is when you are in a rush to get dinner together.

Anyhow, I thought I might grill these tomatoes and then top them once they were hot, allowing the cheese to melt into a happy (for me) oblivion.  Mother Nature had other plans and where as I will grill in almost any weather, I will not grill in pouring rain. ????

So, I decided to make this baked caprese appetizer instead.

It’s SO easy to make!
Slice fresh, juicy tomatoes into thick slices and place them onto a baking sheet that you have greased with non-stick cooking spray.

Next, drizzle a bit of olive oil over each tomato, and sprinkle each one with a generous dusting of coarse sea salt (Kosher salt) and some freshly cracked black pepper. If you like fresh garlic, mince a couple of cloves and sprinkle that on top of the tomatoes, too. 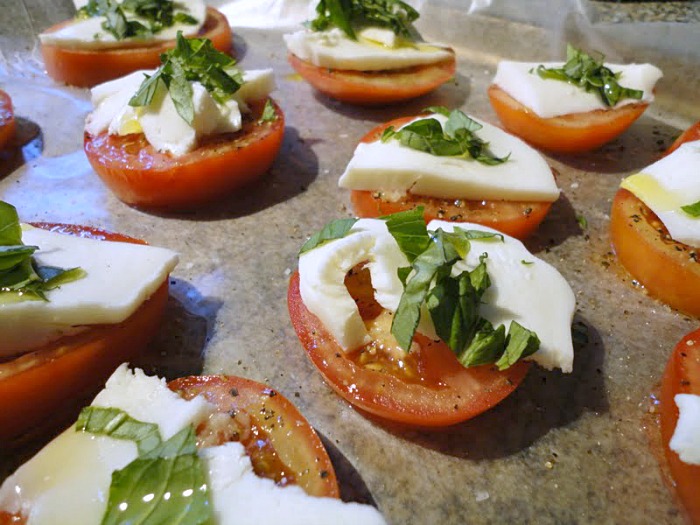 Bake the caprese appetizer at 300 degrees F, until the cheese melts and turns golden, about 20 minutes. 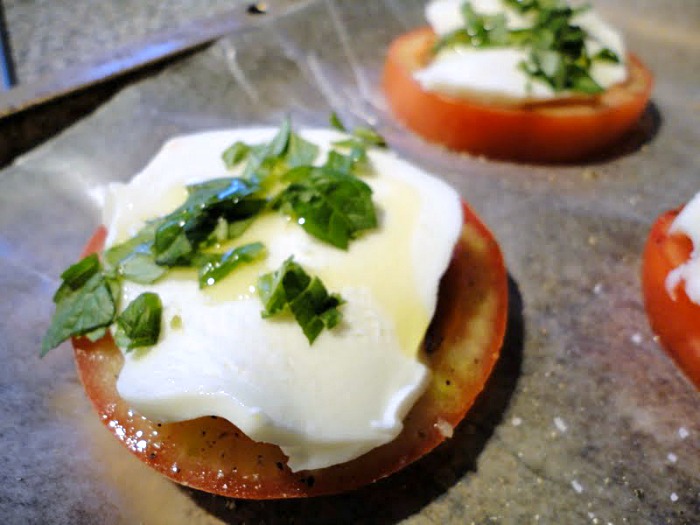 The baked caprese can be served as an appetizer or a side dish. Or, if you’re incredibly hungry, eat an entire sheet pan’s worth while you are standing in front of the kitchen sink. 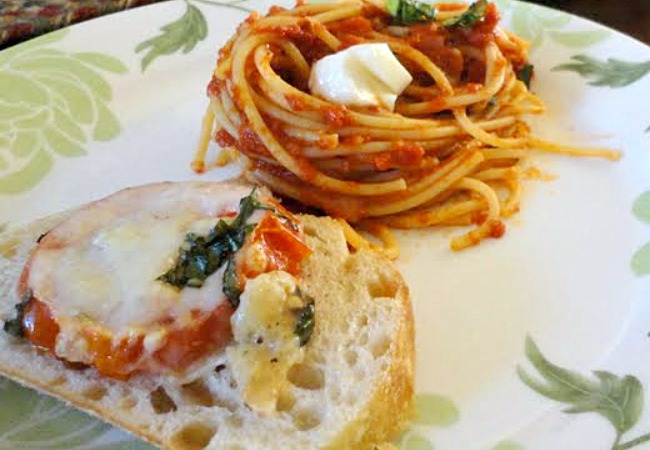 Not that I would know anything about that. ???? 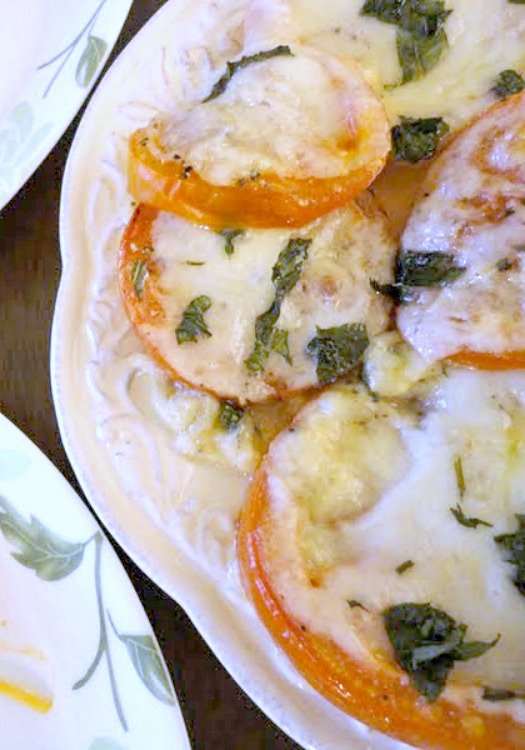 Other great ways to use fresh garden tomatoes:

Tasty Recipes That Use Garden Tomatoes