Will Gardner and Alicia Florick- WHO would not fall in love with their story line? 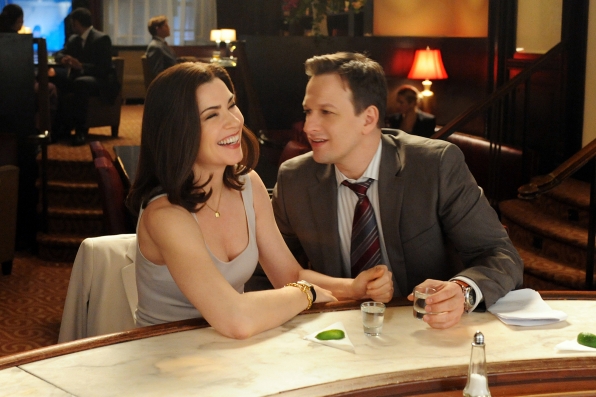 After my food writing hiatus many of you are reading this and thinking I may have lost my mind. I went from a pretty fantastic career in food to writing about prime time television plot twists? No, but I was so bothered by the Sunday March 24th episode of The Good Wife that I felt compelled to write about it. That is big people. I feel better that I am not alone.

Sunday around 9 pm est I started seeing posts float through my facebook feed and because I wasn’t watching the episode until the next day I scrolled through not giving it a second thought. By 9:45 I had 2 emails. By 9:55 I had 4 texts and numerous FB messages. All about this show and what happened.

I was on twitter and I saw that Will Gardner was a trending term and counted 11 consecutive posts on FB expressing shock, sadness and outrage. All this over a television show and an imaginary character. I knew something had obviously happened to his character and on Tuesday I finally had time to watch said episode.

I had been warned to avoid spoilers, stay away from social media posts from CBS/The Good Wife. So I settled in to watch what I knew would be the end of a love story.

Now I feel the need to stop right here and point out a few things. I am a very happily married woman of almost 18 years with a fantastic ‘marital life’, 2 fantastic kids, a great career and am a very happy person. I do not need to live vicariously through imaginary people and story lines. {because I knew you all may be wondering why SO MANY of us are saddened by this plot twist}.

What I do know is that like many of you, when I read a book or watch a television series I get drawn into the lives of the characters. You feel their pain, you rejoice in their triumphs, you hold their secrets, you watch their love stories unfold. The main character of The Good Wife, Alicia Florick, became an independent and strong woman in the course of 5 seasons. Watching her rekindle the love of an old flame was, well- pretty fantastic. There was just something about their chemistry that became very real to viewers. 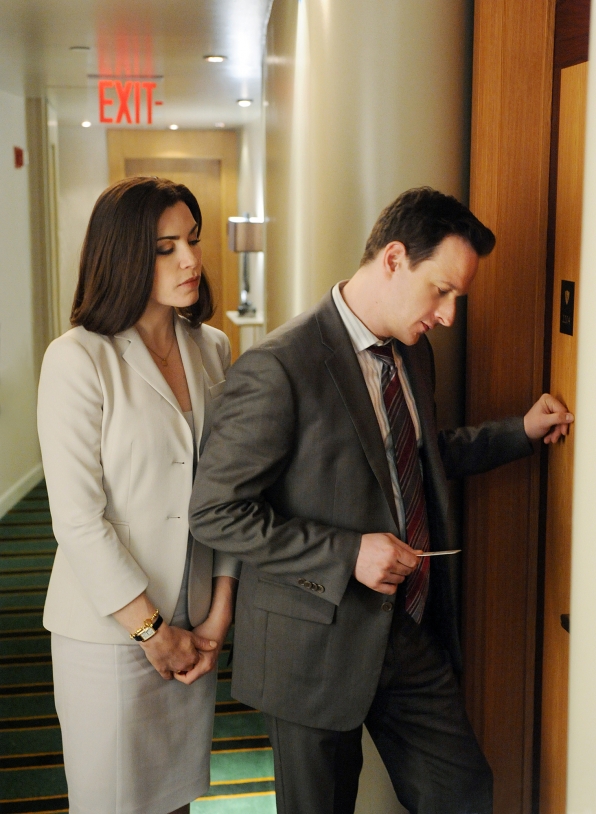 I mean- were you not all holding your breath in this episode??
Source: CBS.com

I felt a range of emotions from shock to anger to sadness. Similar to when Dr Greene died on ER, when the last episode of Friday Night Lights ended and many of my favorite characters died on Grey’s Anatomy or LOST. You get sucked in and you fall for these people. That’s the sign of great writing and even better acting. 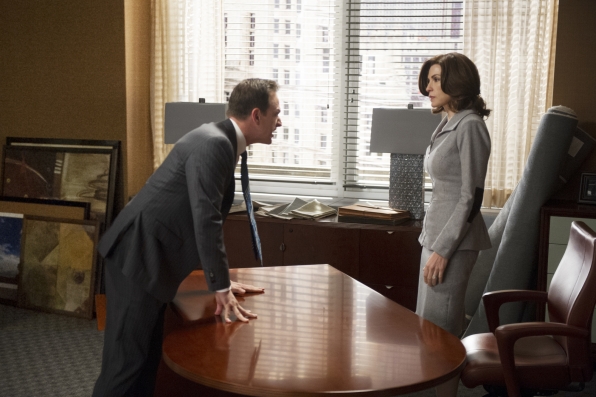 So I get why Josh Charles wanted to make a change. I mean- I don’t GET IT, but I understand the need to move on. But I hope he knows how many people felt- hope- from this story line. Escape television is what I call it and The Good Wife certainly delivered week after week.

More posts about Will Gardner leaving The Good Wife

Tell it Like it is Tuesday 3 ~ Sandra Lee and #VZWSG
Backyard Family Time - Recipes and Tips
B Po Boy: A Great Option in Fountain Square!
Show Indiana Dairy Your Milk and Cookies for Santa! #SantaDrinksMilk
« How I Keep My Kids Lunchboxes Interesting #Fruitshoot
Pork Chops with Balsamic Shallot Reduction »