The unauthorized laugh-out-loud Harry Potter parody, Potted Potter, comes to the Egyptian Room at Old National Centre onThursday, March 19, 2015 and runs through Sunday, March 22, 2015. Tickets are on sale now at the Old National Centre box office, all Ticketmaster outlets, oldnationalcentre.com, ticketmaster.com, or charge by phone at 800-745-3000.

Hailed by The New York Times as “gloriously goofy” , Potted Potter casts a humorous spell on audiences worldwide. The uproarious two-man show, written by Daniel Clarkson and Jefferson Turner, takes Harry Potter fans of all ages on a magical journey. 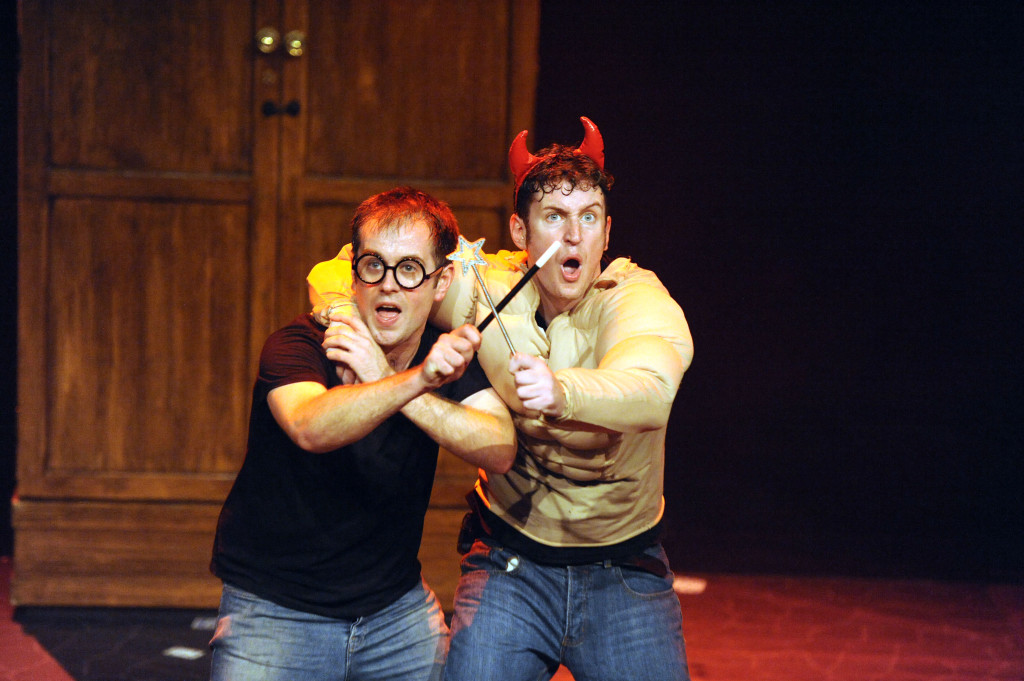 Starting as a simple sketch written to entertain readers in line for the release of “Harry Potter and The Half-Blood Prince,” the duo has since taken the live show to Australia, Dubai and Singapore. Weaving through character changes in ridiculous wigs and props, the duo even instructs guests to play a real-life game of quidditch. The team of Clarkson and Turner’s improvisational talent takes center stage, putting new twists and turns on familiar tales. As literary phenomenon J.K. Rowling’s “Harry Potter” series has come to a close, Potted Potter gives readers of all ages something new to look forward to.

Gathering~ A Mother’s Day Event at The Green Nursery in Bloomington, Indiana
Gooseberry Patch Cookbook Giveaway- Foolproof Family Recipes!
Fuel Up to Play 60 is Helping to #FuelGreatness in Zionsville in Time for ISTEP Testing
Mormon Tabernacle Choir to Perform with ISO on June 14th at Bankers Life FIeldhouse
« My Go-To Dinner For Two!
Hot and Sour Soup with Pork, Bok Choy and Ramen -A Quick Weeknight Meal! »