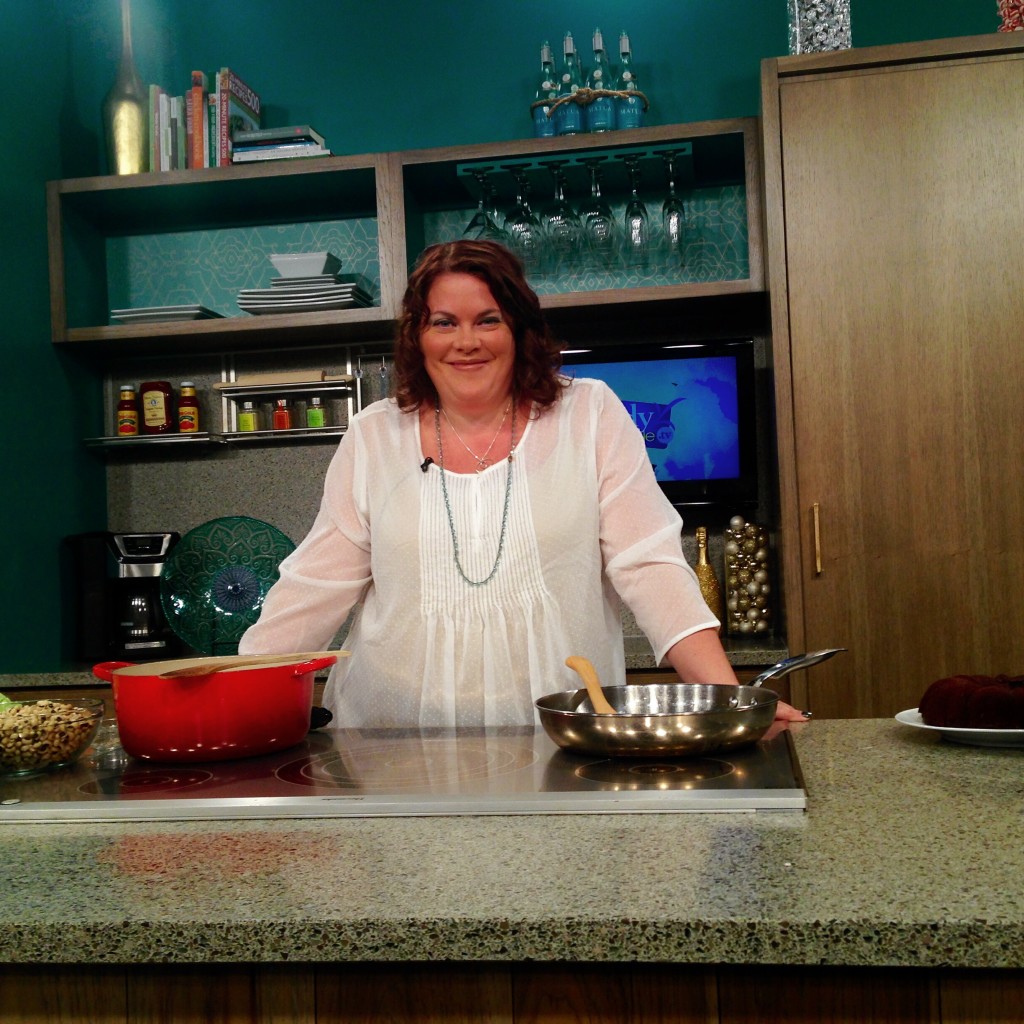 New Years Day food traditions date back to the Civil War and in may families this is a tradition that has not gone by the wayside. There are 8 traditional foods that are eaten on New Years Day in most of the country, especially the south. But I have found that many of these are enjoyed by most Hoosiers on the first day of each new year when they want to ‘feast for future fortune’: 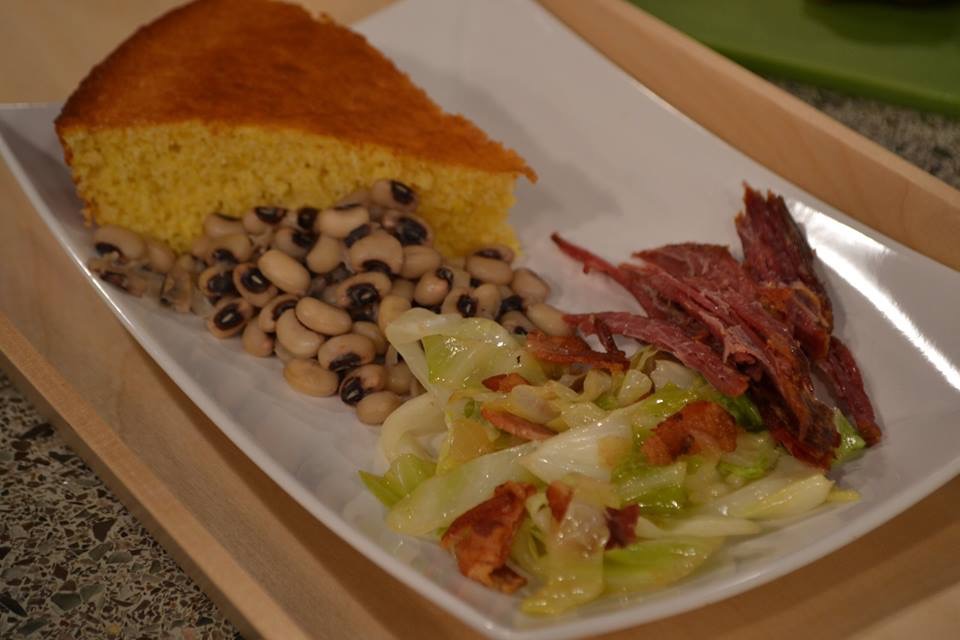 Greens or cabbage– to symbolize money
Beans– to symbolize coins
Noodles– for a long life
Rice,quinoa or barley– to illustrate abundance
Fruit– pomegranates (the many seeds stand for prosperity) and figs (fertility)
Pork-pigs are a lucky symbol in many cultures because they ‘root’ forward and are rotund (fat)
Cake– when shaped in a ring and made with rich ingredients this symbolizes life coming full circle. Often baked with meaningful trinkets inside
Fish– the scales resemble coins, they swim in schools which invokes the idea of abundance
Cornbread– served with the meal appears to look like gold
This week I appeared on my local CBS affiliate- WISH-TV on the lifestyle program IndyStyle and made these recipes. Watch both of my segments HERE 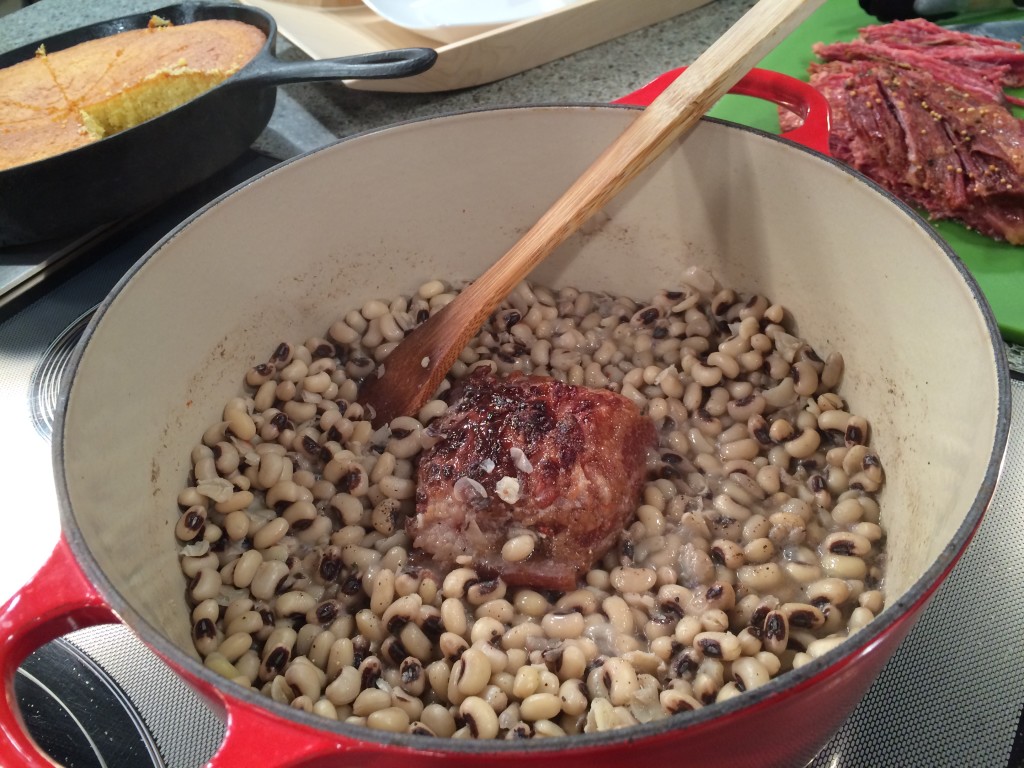 Basic Black Eyed Peas with Ham Hock
1 lb fresh or dried black eyed peas
1 qt water (or enough to cover beans)
1/2 lb ham hock or 1 C diced ham
pinch of garlic salt
fresh black pepper
crushed red pepper to taste
Combine all in a dutch oven on the stove and bring to a boil.
Reduce heat to a medium-high and cook for 1 hour until peas are tender.
Add more water is needed. 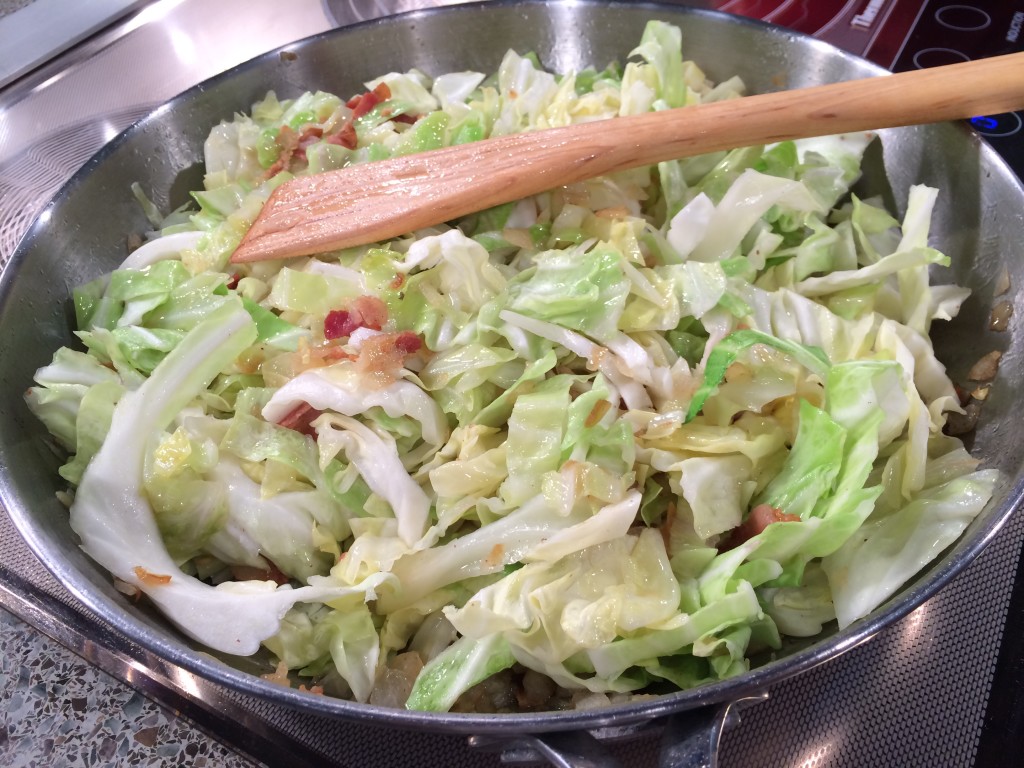 Sauteed Cabbage
1 head cabbage, sliced
4 strips bacon, cut into small pieces
1 small onion, diced
salt/pepper to taste
In a large saute pan cook bacon until crisp.
Add in the onion and saute until soft.
Add in the cabbage and saute on a medium heat, tossing occasionally, until desired degree of doneness.
Season with salt and pepper, serve. 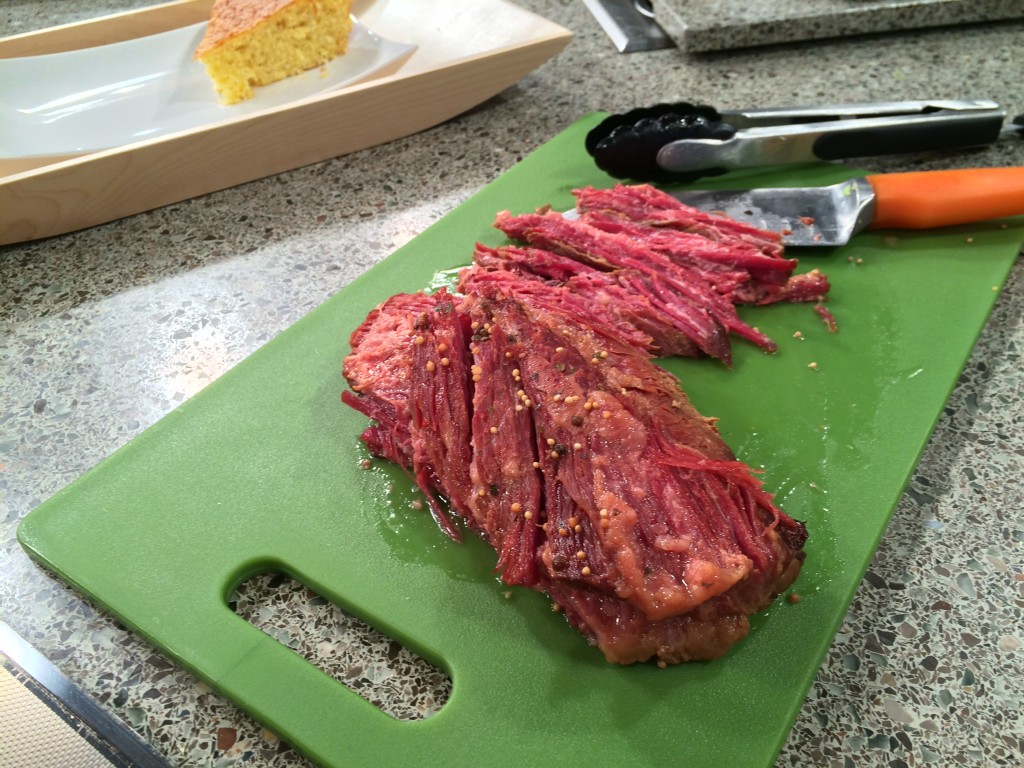 It is thought by many that corned beef on New Years Day was an Irish tradition , while others in the south think this originated in the New Orleans area. Either way this is what many people prepare on this day. Many cook their cabbage with the beef in a slow cooker, but I prefer to make mine separately as I like a firmer cabbage.
Look for a cut of brisket that is flat with rounded ‘points’. Rounded points have a good amount of fat marbling which leads to a juicier cut of meat that falls apart when done. If you want to slice your meat look for one that is leaner. Cook meat for 50 minutes per pound, wrapped in foil or in a slow cooker.
I typically buy the packaged corned beef that is commonly found this time of year at all large and small markets and I use the included spice packet. The packet includes typical pickling spices like:
peppercorns
bay leaf
all spice
cinnamon
ginger
cloves
coriander
nutmeg
mustard seed 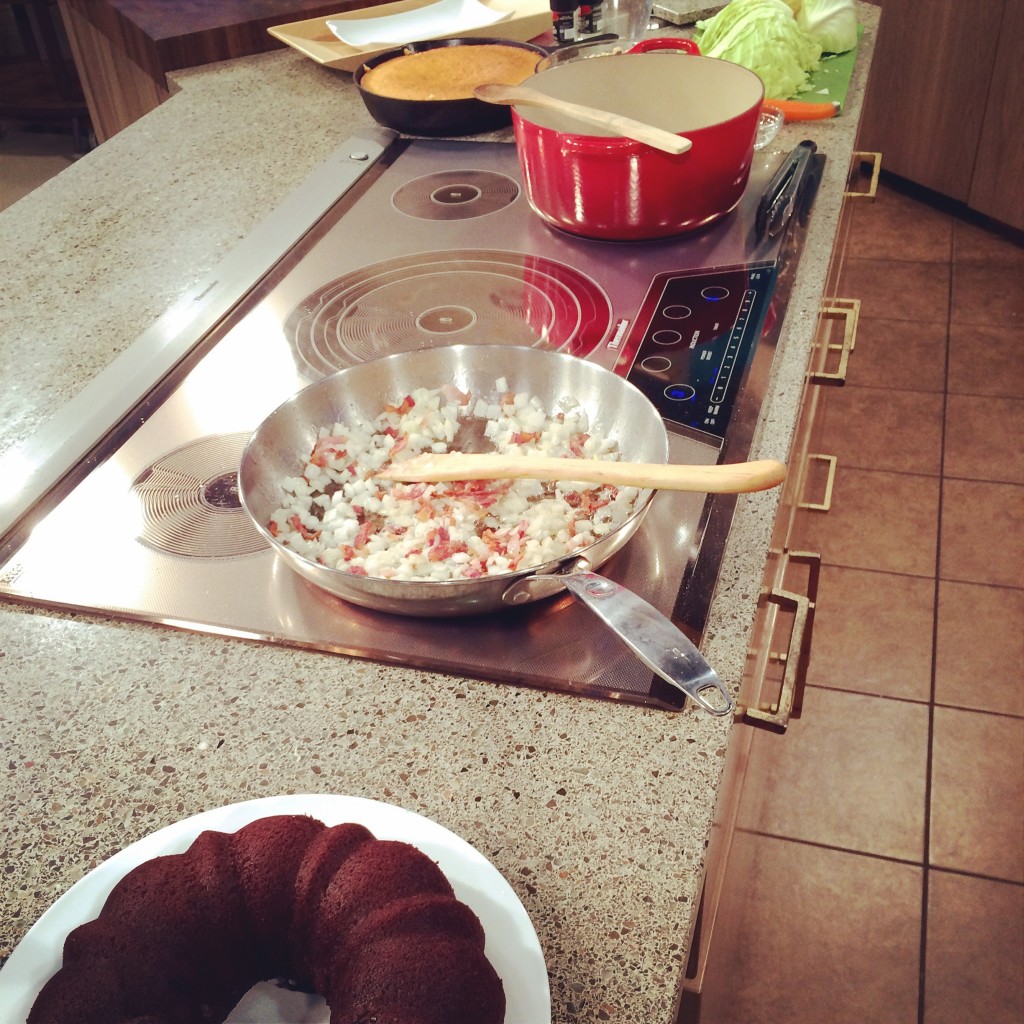 Getting prepped and ready 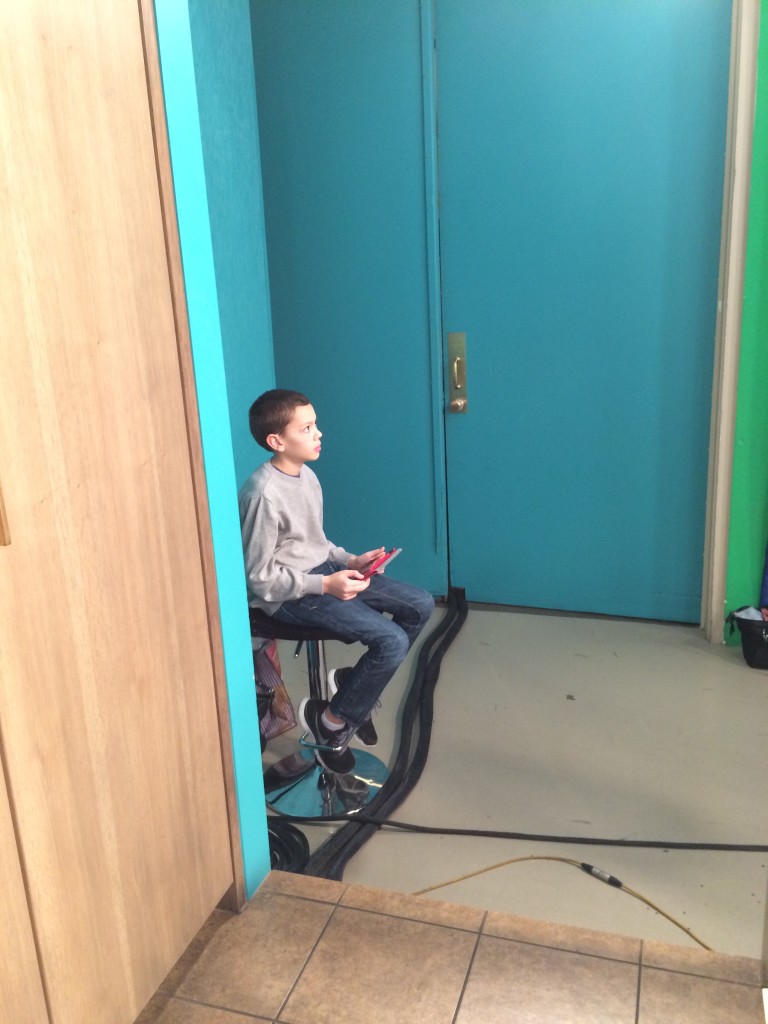 I brought a little helper…. 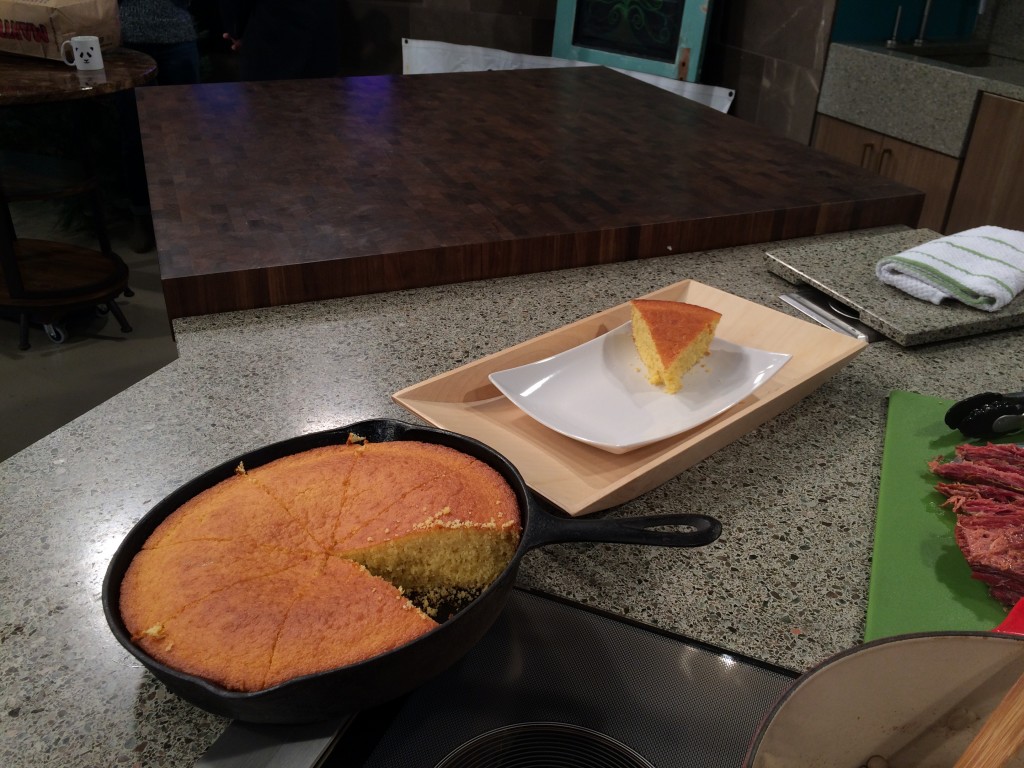 I brought some “golden” cornbread 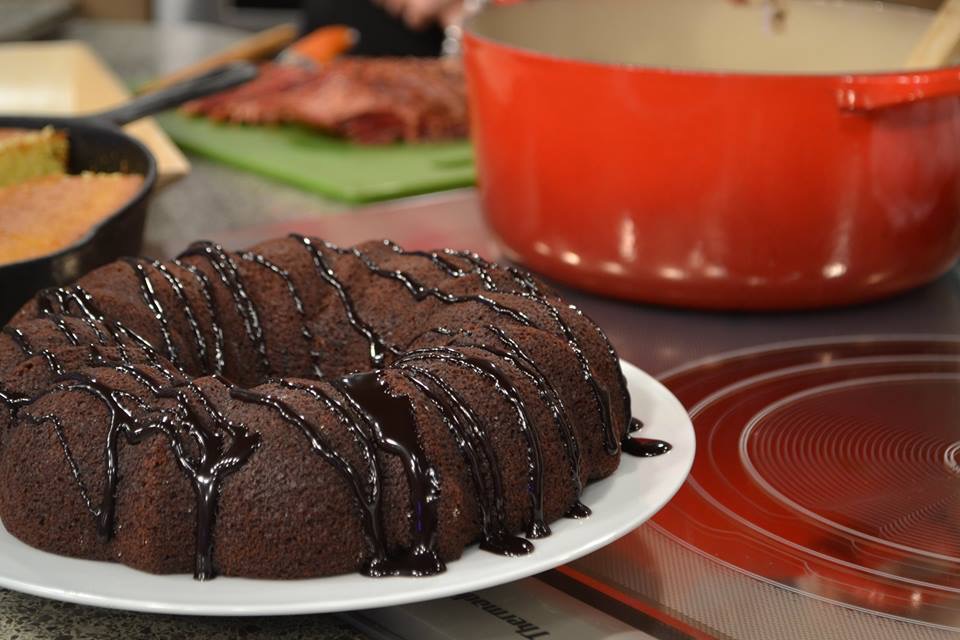 And a “rich” cake to symbolize life coming full circle!