Traminette Wine Cupcakes ! My favorite Indiana wine (and THE signature grape of Indiana) and cupcakes? That is the perfect match! Here is what Gigi’s Cupcakes and Purdue Wine and Grape Team marketing director Jeanette Merritt have to say about this new collaboration: 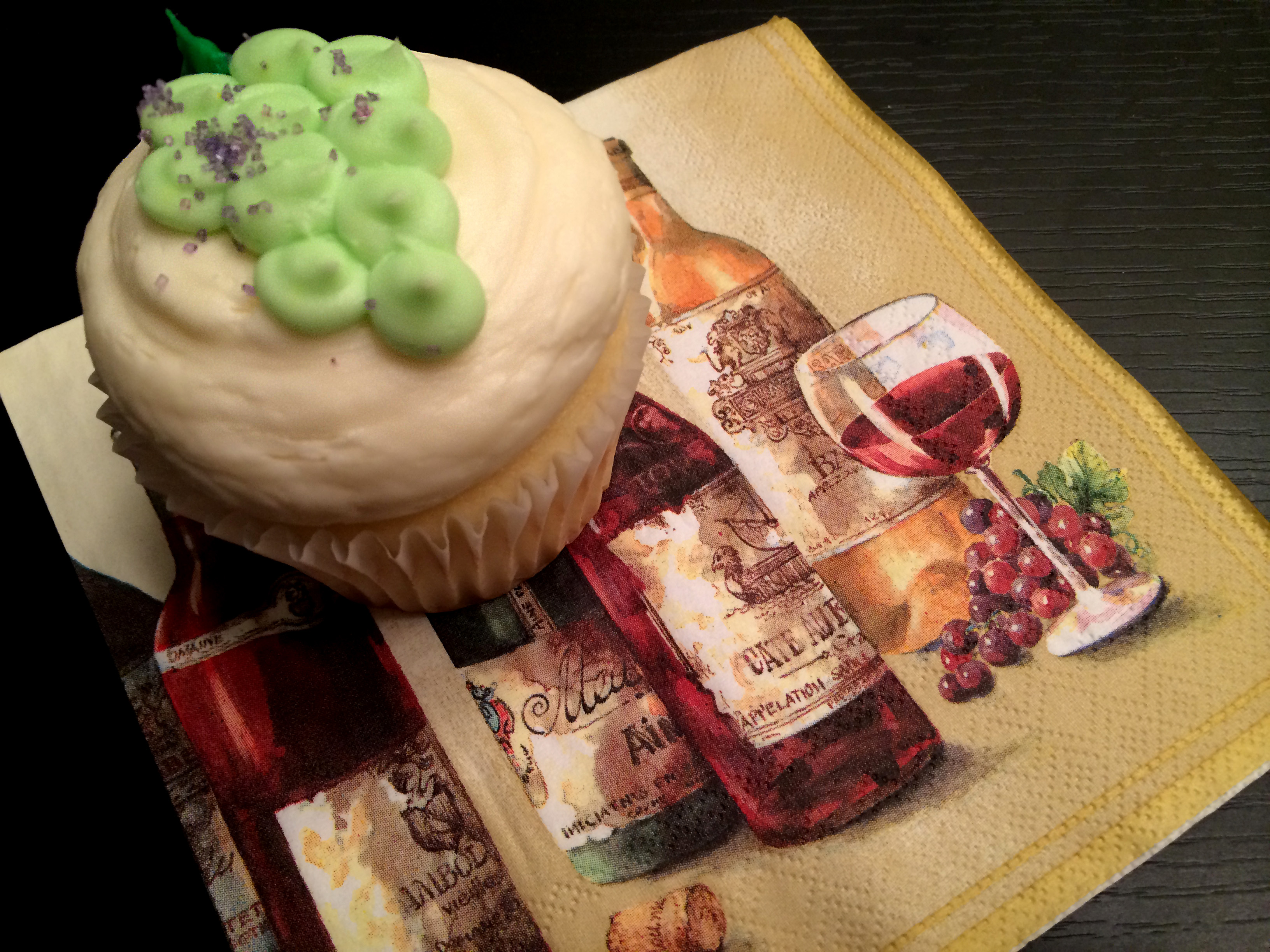 Wine and cupcake lovers, rejoice! Two of your favorites have just been combined into one delectable treat.

The three Indianapolis area locations of Gigi’s Cupcakes are rolling out their newest cupcake flavor this week: the Traminette Cupcake, a cupcake using Traminette wine that’s topped with a honey cream cheese frosting with an adornment of grape clusters.

Nick Pappas, co-owner of Gigi’s, said that he and wife Lory, will be using Easley Winery’s Traminette in the first batch of cupcakes to come from their kitchens.

“We’ve been playing around with different recipes for quite a long time and finally came up with one that shows off the Traminette character. It was important to capture Traminette’s honey, floral and apricot notes while not leaving the alcohol flavor in the cupcake and we accomplished that.”

Throughout September, 50 cents from every Traminette Cupcake purchased at Gigi’s will be donated by them to the Purdue Wine Grape Team’s marketing program. The Team, headquartered at Purdue University’s West Lafayette campus, assists the state’s nearly 80 wineries in various aspects of grape growing, winemaking and marketing. The cupcake will be available every day in September. Following its roll-out, Pappas said the Traminette Cupcake will go into regular monthly rotation at Gigi’s three Indy area locations. Gigi’s will donate 25 cents from each cupcake sale after the introductory period to the program.

“We’ve been talking with Nick about a Traminette Cupcake for right around a year,” said Jeanette Merritt, Purdue Wine Grape Team director of marketing. “He and Lory have been long-time supporters of the Indiana wine industry, and Nick has been a judge at our Indy International Wine Competition for over 10 years as well as at other wine competitions, so he knows wine”. 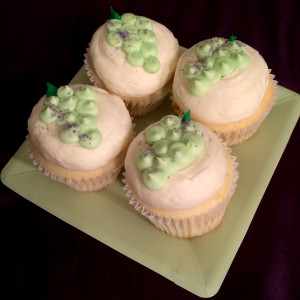 “We are thrilled that Gigi’s has created this treat for people who love both wine and cupcakes, and, really, who doesn’t?” she said. “We had great fun taste-testing the cupcake as it was in development, and believe that Nick and Lory have come up with a recipe that people truly will enjoy. It will be great fun to serve the Traminette Cupcake for family desserts, as well as for special occasions such as wedding and baby showers, birthday parties, anniversary celebrations, and, of course, for open houses and parties during the upcoming holiday season.”