The Brickyard 400 is back in Indy and fueled by Sonoco Green E15 fuel! 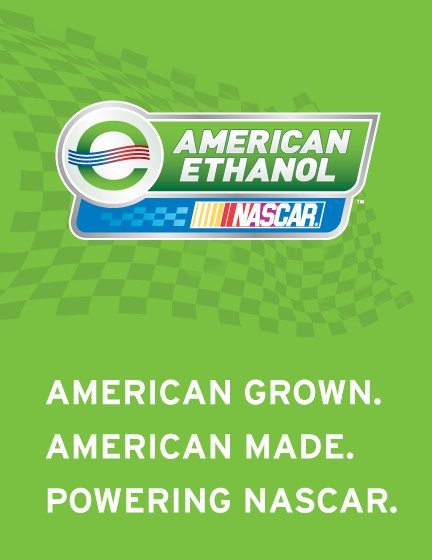 What is ethanol? How is it made?

Ethanol comes from plants and most is made using leftover field corn (not the corn we eat). The corn is grown here, in Indiana and across the country, by farmers you may already know.

Ethanol is American made. It provides hundreds of thousands of jobs for American workers. And it reduces our dependence on foreign oil. Ethanol contributes over $50 billion to our nation’s economy.

Ethanol is a biofuel. It’s completely renewable and is better for our environment. It reduces greenhouse emissions by 59%. Ethanol has also revitalized America’s heartland. Thanks to ethanol, many families across the nation have an industry they can count on, providing jobs that can’t be outsourced. Fuels like E15 – and even higher blends such as E30 that can be used in flex fuel cars – help drive America forward.

NASCAR® is fueled by Sunoco Green E15—a 15% ethanol blend.  This year at the Brickyard 400—and in the heart of the Corn Belt—NASCAR® will turn six million miles on E15 ethanol fuel.  For more details on the NASCAR®/American Ethanol Partnership, visit their website HERE.

Here are some fun facts about Ethanol…

Ethanol is made from corn—it is a renewable form of energy.

Fueling up with an ethanol blend supports Indiana farmers.

Do you have a FFV?  See www.chooseethanol.com/FFV for tips on identifying FFV’s

Visit http://www.ethanolretailer.com/flex-fuel-station-finder/ to find E85 pumps near you

From the Indiana Ethanol Impact Study (2013)

There are 12 ethanol plants in Indiana, producing collectively 1 billion gallons of ethanol.

Indiana is ranks 7th in ethanol production in the U.S.

From the National Corn Growers Association—http://ethanolfacts.com/

Because of ethanol, the U.S. has been able to reduce oil imports by approximately 12% in 2013.

According to a 2009 study by the University of Nebraska, ethanol reduces its greenhouse gas effects by 48% to 59% as compared to gasoline.

Did you know any of this? Is this news to you? Weigh in below!