Ritters Frozen Custard, an original Indiana company, celebrates it’s 25th year this month.  My family and I (and everyone for that matter) were invited to wish them well at their FIRST location in Franklin, Indiana on Saturday May 17th, 2014. 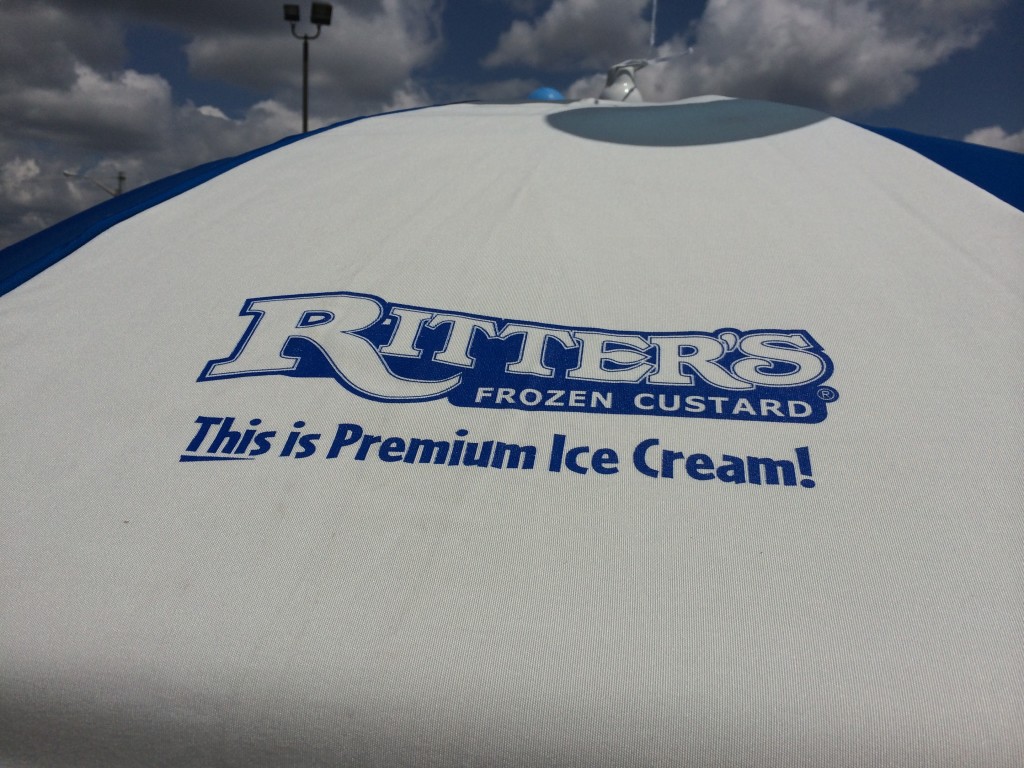 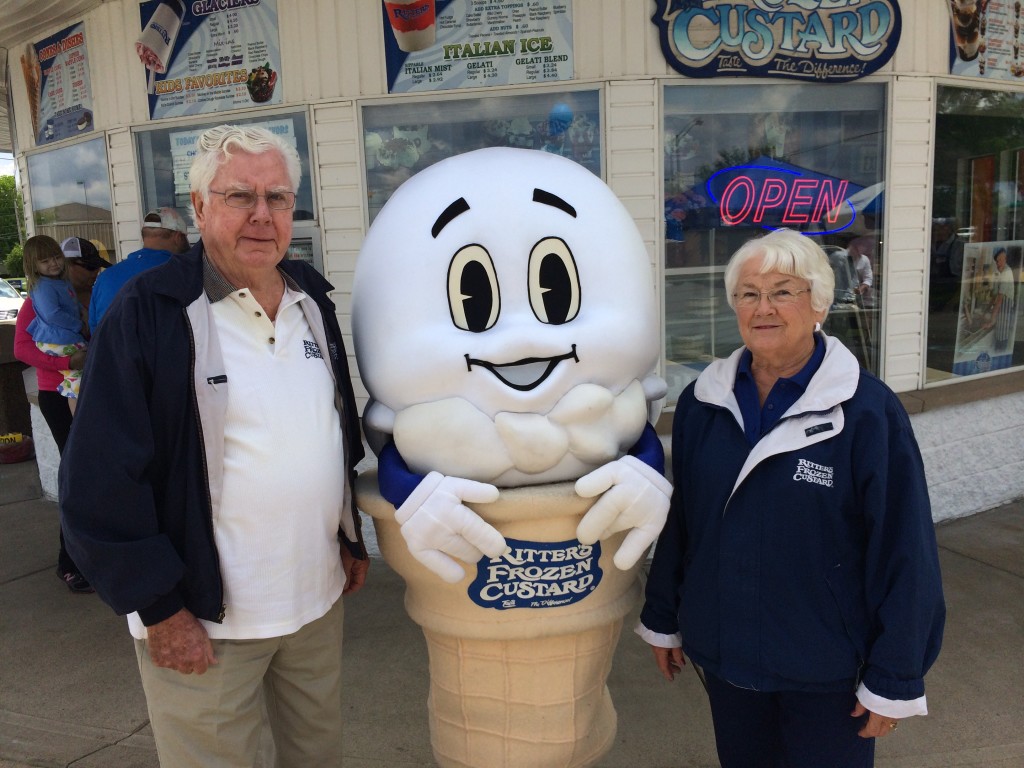 There were throwback specials, prizes, a bounce house, a local radio station playing fun tunes and of course- the Ritter Family. I had a chance to speak with John and his wife Bonny when I was there with my family. The Ritters are a testament  to the hard work and dedication it takes to run a successful business. Not only run a successful business- but a large chain of businesses that have longevity and mass appeal. 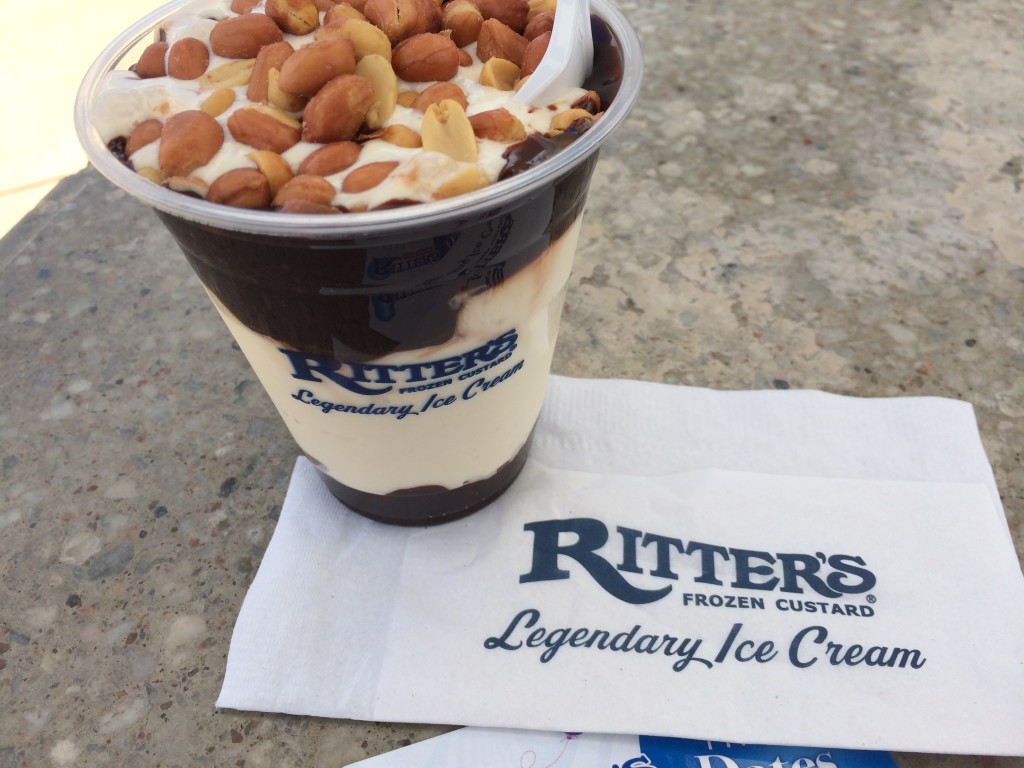 Ritters custard is a creamy, smooth and scoopable custard that is perfect all by itself or even better when used to make favorites like Turtle Sundae (hot fudge, hot caramel & toasted pecans), Grizzly Cub Special (hot fudge and spanish peanuts), Glaciers (blended with ingredients) or ice cream cakes.

The Ritters both shared with me stories of the early days of the ice cream shop and how they expanded, spread outside of Indiana and later expanded through franchise ownership. Their family became a part of the organization and seeing many of them there that day reinforced one of the many reasons why I chose to be a patron of my local establishments. From visiting places like Ritters to buying milk at the grapcery store that I know came from a neighboring farm- it means something. 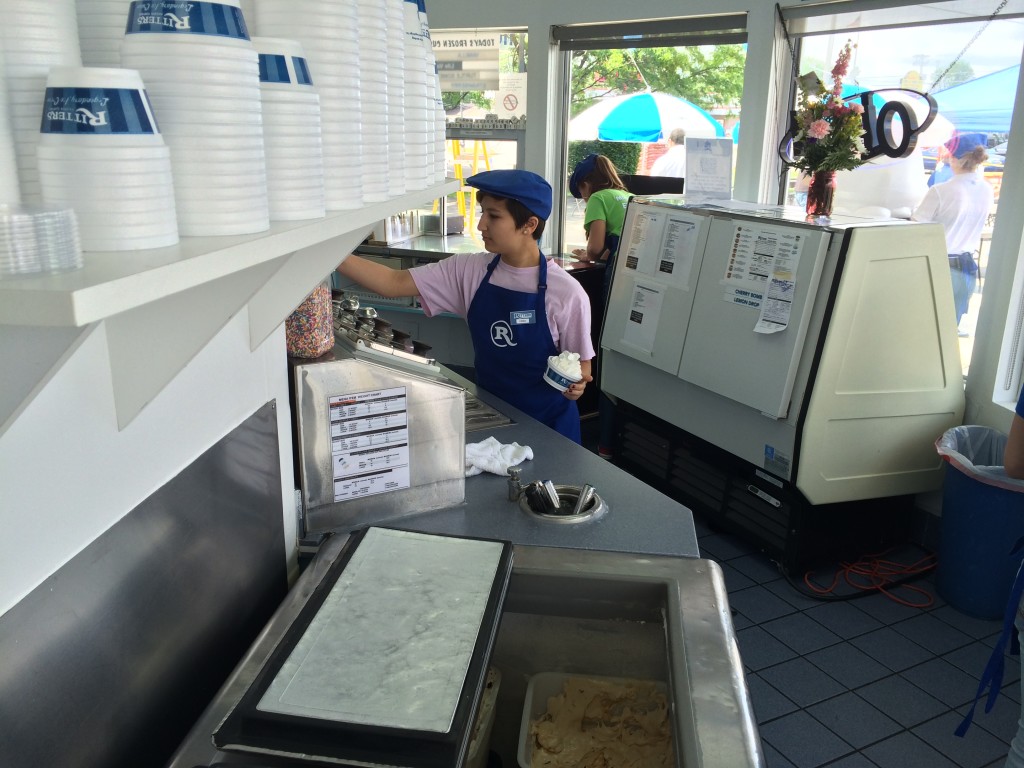 Great service and the nicest kids working behind the window! 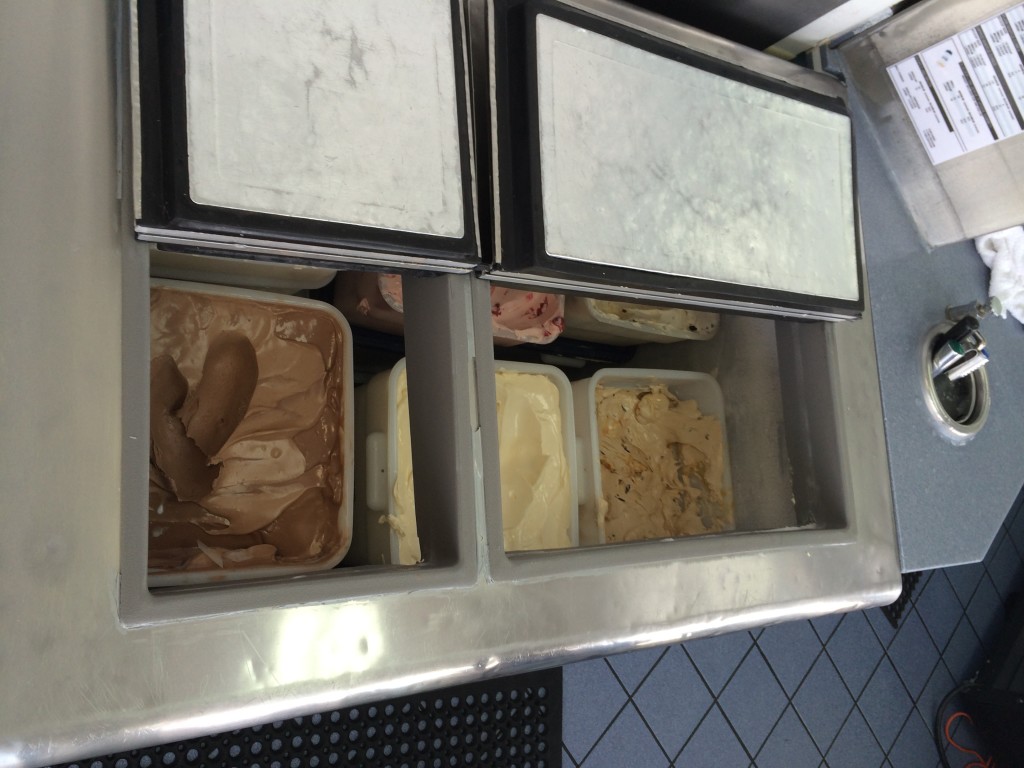 I wanted to stick my face in here. That’s frowned upon… 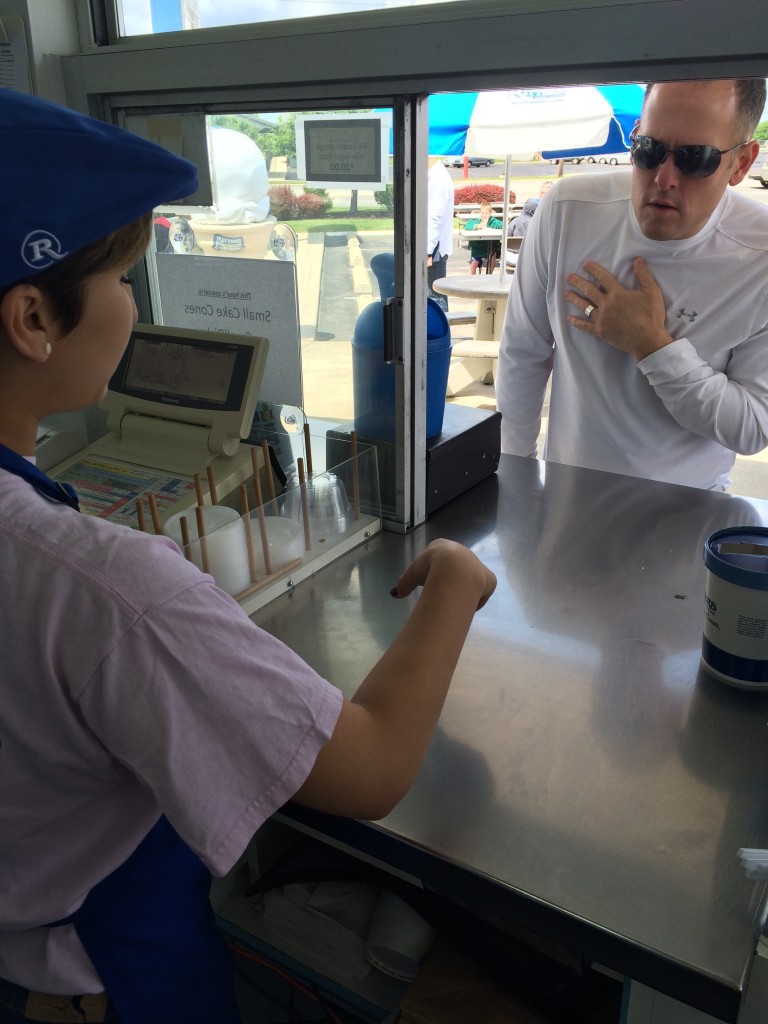 Matt placing an order for a dish of strawberry- not his normal Glacier! 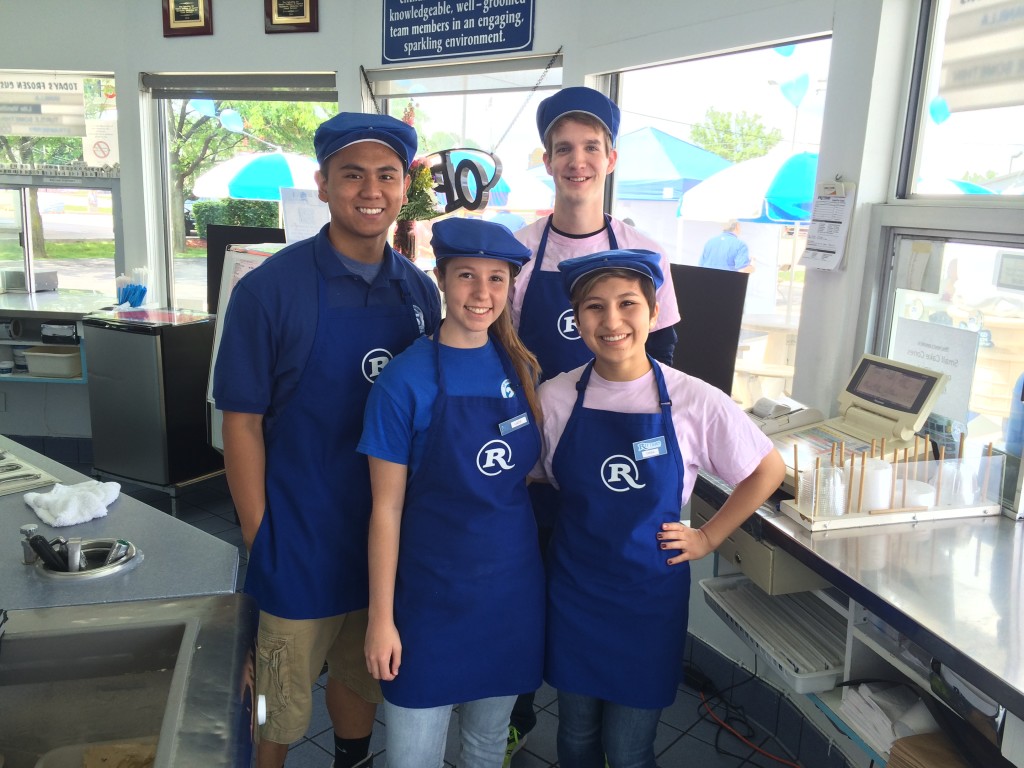 I hung out with the crew while they got set up for the busy day! 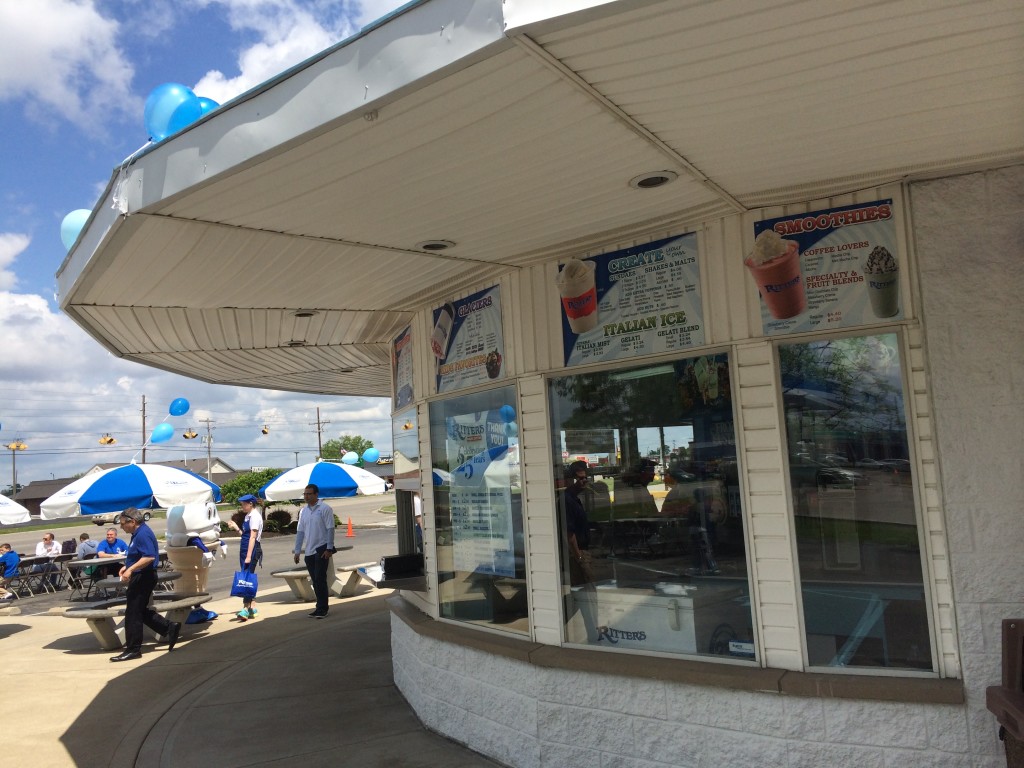 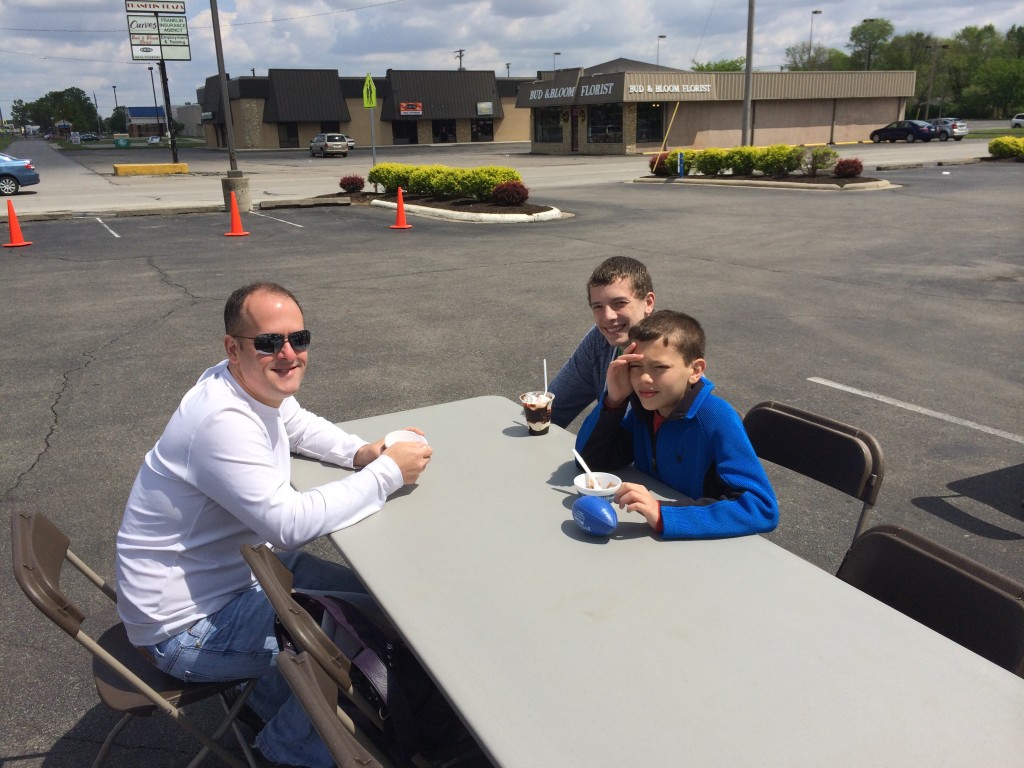 We were the first customers of the day 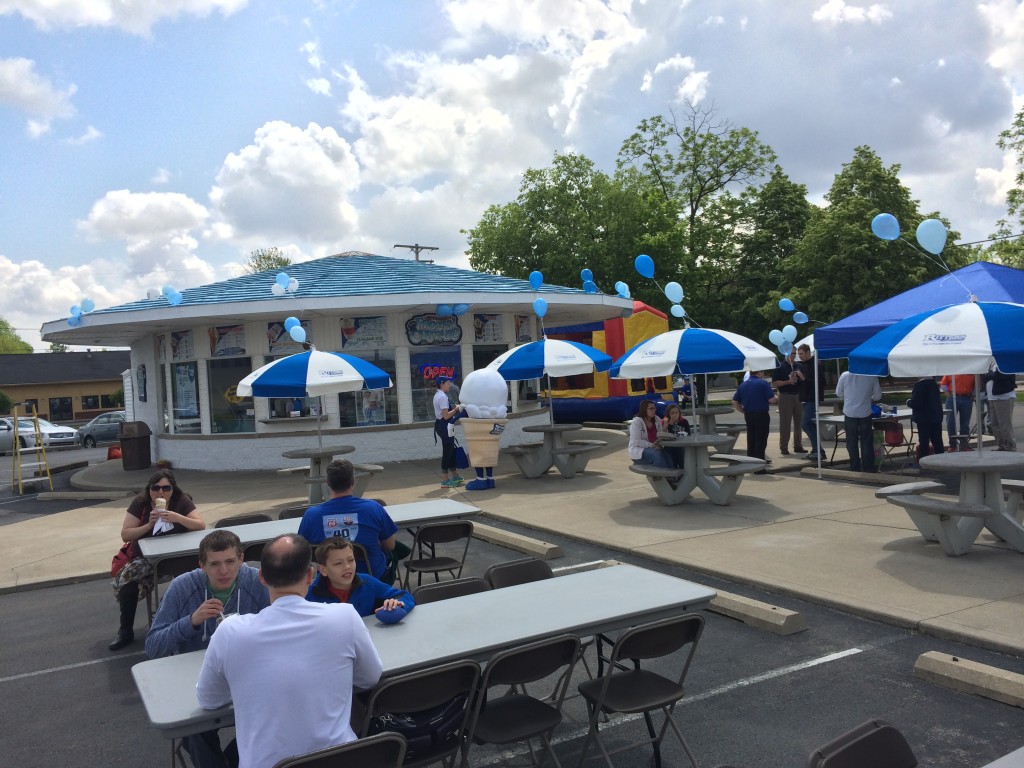 Getting set up for the festivities! 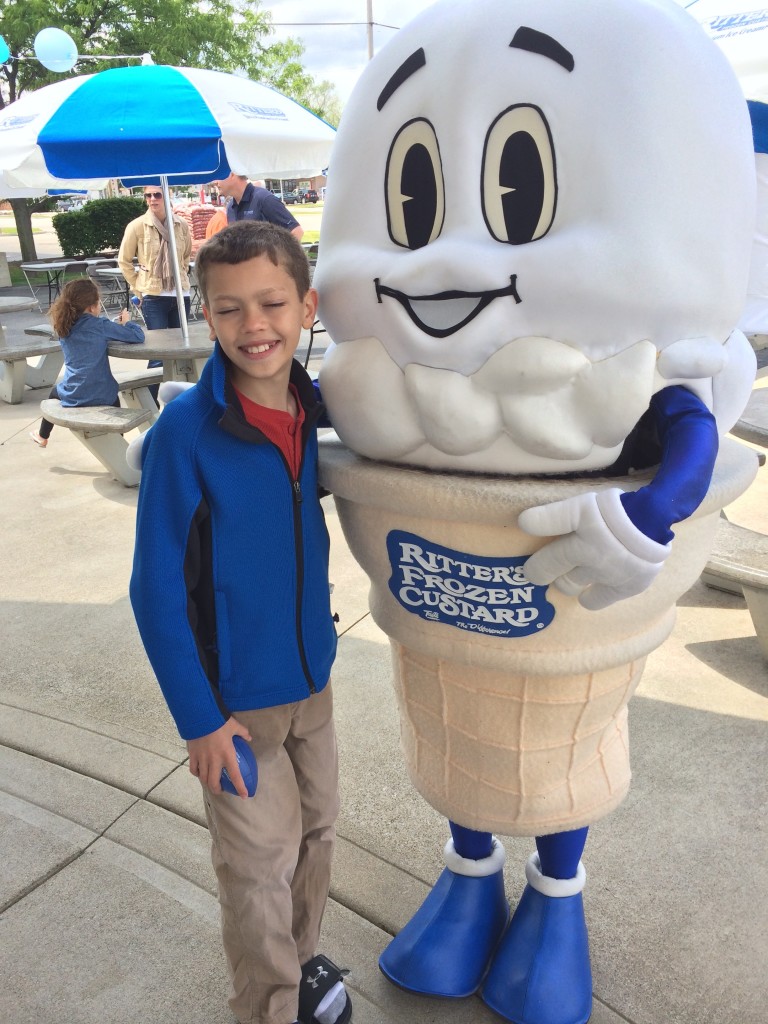 Jacob loved his custard SO much he couldn’t open his eyes!

Enjoy anniversary specials on the following dates at ALL Ritters locations: September 8, October 6. Check their website for more specials and events HERE

In 1948, John Ritter of Chicago,  had an after-school job working at a local ice cream shop. One of the best perks of the job was getting to eat ice cream just out of the machine—before it had been packed and frozen solid. The experience of tasting smooth, creamy, fresh-made ice cream made an indelible impression on young John.

Years went by, John joined the Navy and became an aerial photographer, and then started a career in film animation after leaving the service. John met and married Bonny, and together they built a life in Chicago where they raised six children. After 35 years in animation production, John decided to retire.

Upon hearing about John’s impending retirement, one of his sons said to him: “Every time we stopped at an ice cream shoppe you said you would like to own one someday. This is your chance.”

Remembering his high school experience with fresh ice cream, John decided to open a genuine, old-fashioned ice cream shoppe. One that would serve premium ice cream, made fresh all day long. Of course, John’s high standards required him to create just the right recipe, so he and Bonny began to travel and sample ice cream products throughout the Midwest, the East and beyond.

The more the Ritters learned about ice cream, the more they leaned toward an ultra-premium ice cream called “frozen custard” , developed by the French over 100 years ago. After perfecting their own frozen custard recipe, John and Bonny opened the first Ritter’s Frozen Custard shop in Franklin, Indiana, in 1989.

Today, Ritter’s Frozen Custard is headquartered in New York, with shops all across the Midwest. You can also find them in other parts of the country, including Florida, Texas and coming soon to New York.