Photo from I Love Lucy LIVE on Stage.com

I LOVE LUCY® LIVE ON STAGE is the brand-new hit stage show adapted from the most beloved program in television history! America’s favorite foursome – Lucy, Ricky, Fred and Ethel – is live on stage and in color for the very first time! Opening night in Indianapolis is Tuesday February 11th at the Murat Theater!

Sirena Irwin and Bill Mendieta lead the company as Lucy and Ricky Ricardo, reprising the roles they created in the original Los Angeles and Chicago productions. I had the chance to sit down with them last week to interview them for Around the Kitchen Sink Radio– air date Thursday January 23 at 10 pm est on toginet.com.

What better place to meet “Lucy and Ricky” than at The Best Chocolate in Town on Mass Ave in Indianapolis. We took a tour and learned some interesting facts about chocolate, how their out of this world treats are made and we even sampled a few! Below are just a few of the many great shots I took on this fun afternoon. 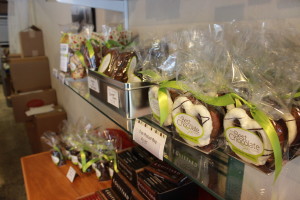 They make something for everyone!

I grabbed a few things for my kids of course. Not me. I didn’t sneak one bite ????

Let me just say- these seafoams dipped in caramel are about the best thing I have ever eaten. You MUST get your hands on some. 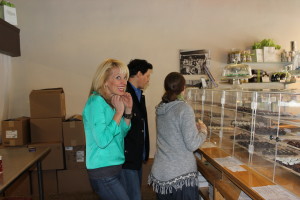 Excited to start our tour! 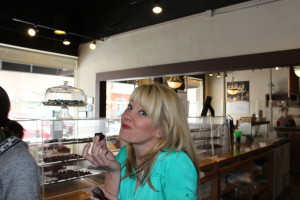 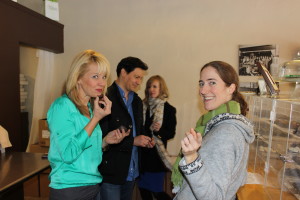 Thank you SO much Elizabeth for your time ???? 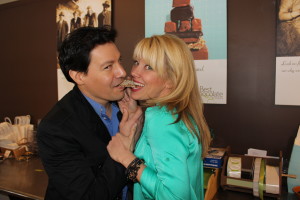 Could they BE any cuter? 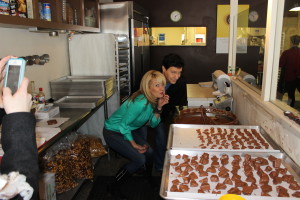 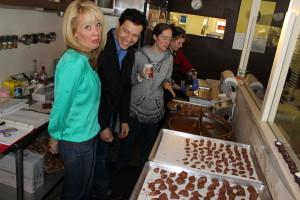 We were told no facial. 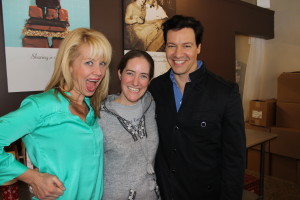 I can’t wait to see them LIVE on stage!

A bit about I Love Lucy…

The iconic hit sitcom I LOVE LUCY® originally aired on CBS from 1951 – 1957 for a total of six seasons and 179 episodes and is widely considered to be one of the most popular programs in the history of television. Due in no small part to its relatable characters, sharp comedic writing and Lucille Ball’s signature zany charm, the show continues to endear new audiences with every passing generation. The program was a technical trailblazer, pioneering the multi-camera shooting technique (still employed by the majority of traditional sitcoms to this day) and the use of 35mm film for the capture of a weekly, 30-minute scripted television program (which made possible the re-airing of episodes at a later date, what we now know as “reruns”). In September 2012, I LOVE LUCY® was named the “Best TV Show Of All Time” and the “Greatest TV Comedy” by People Magazine and ABC’s “20/20” special “Best in TV: The Greatest TV Shows of Our Time.”

Help Feed Hoosier Families at Kroger with HATCH for Hunger #HATCHforHunger
Traminette Wine Cupcakes Now at Gigi in Indiana!
The Hill Country Cook on ATKS Radio on July 26!
Eat Well at the Indiana State Fair AND Help a Hoosier Family in Need With Indiana Pork Producers!
« All in One Lasagna from Red Gold Tomatoes #RGLasagna
Herbs We Can Do Without… »

12 responses to “I Love Lucy LIVE is Coming to Indianapolis!”