Bacon. That one word will bring either ire or indulgence to most people. I have often said were it not for bacon, I could easily be a vegetarian. Really.

Add bacon to most anything and you have something that most anyone will eat.  Wrap it around a prune and I bet you could even get your picky eater to throw it down the hatch.

Last week, in a moment of weakness, I made white ‘wedding cake’ cupcakes with white butter cream icing.  They needed something extra, but I wasn’t sure what.  They were so pretty, just sitting there on my red cake stand.

Then suddenly, the idea hit me! BACON!  I knew I had 2  cooked strips left over from the previous day that if I didn’t use they would become someones late night snack.  So I diced them up and sprinkled them over the top of the snowy white confections.  Heavenly, they were. Sweet, salty, crunchy and spongy, these cupcakes were transformed into something almost otherworldly.  At least we thought so. 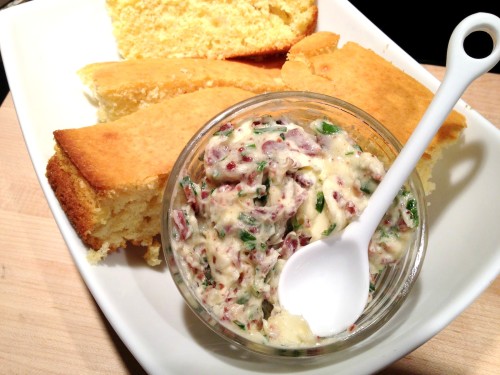 As my family and I ate them, we didn’t even speak. There were no words to capture what we were feeling.  I guess that my family had really missed the surprise sweets I make from time to time since I have been purposely not making them, due to  ‘my diet’.

Who knew a simple cupcake with bacon sprinkled on top would bring silence to the dinner table?  I guess I should make something sweet and unexpected more often!

What I had made the day before that resulted in the extra bacon was something that was so good it should be a sin ????

Yes, that’s what I said.  Bacon, butter, Burton’s maple syrup and chives, blended together to form what I think is one of the best toppings for cornbread I have ever had.  Ever.  Really, I mean that. Ever…

This less of a recipe and more of a creation.  A perfect marriage of salty and sweet, savory and soft. 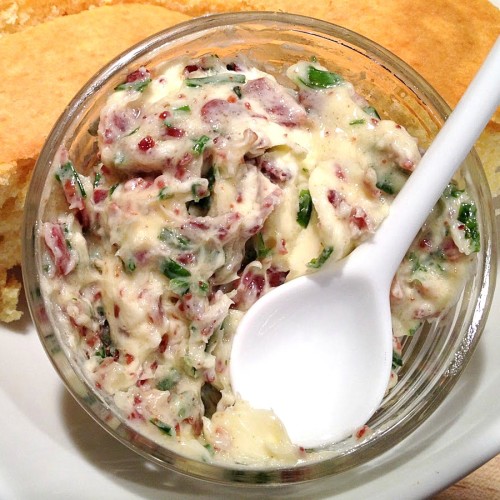 Let me know what you think about this bacon butter.

Once you try this bacon-filled sweet butter spread, you will never want anything else on your toast! 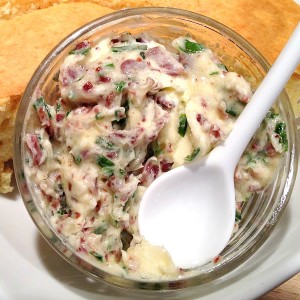 Recipe Type: condiments
7.6.6
155
https://basilmomma.com/2012/01/bacon.html/
All Rights Reserved; Basilmomma (www.basilmomma.com) – This recipe may not be distributed, sold or used for any commercial purpose (including sharing on social media platforms). The ONLY authorized use is by to share an IMAGE ONLY along with a link to the blog post on basilmomma.com where the recipe can be found. 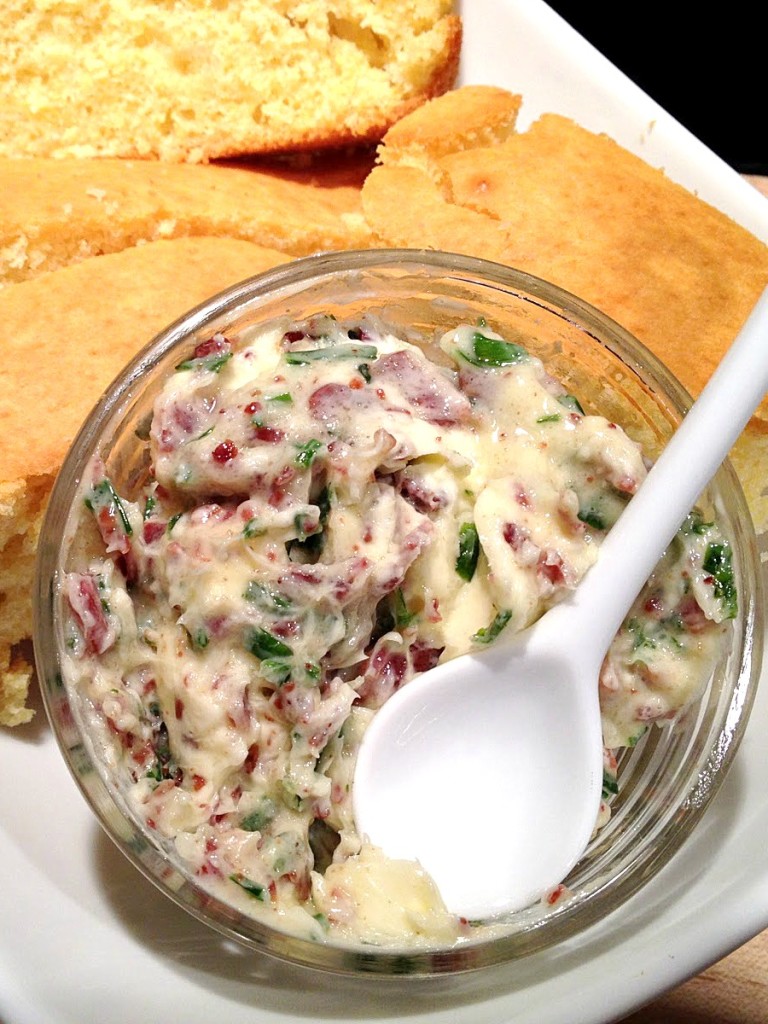 Lunch Box Recipes for Back to School!
Gooseberry Patch is coming to Around the Kitchen Sink!!
Cool as a Cucumber Salad
11 Incredibly Easy Christmas Dessert Recipes ~ Basilmomma