I would like to introduce you to my 8 year old son, Jacob.  Jacob and his brother Noah concocted an idea last week end while we were in Cincinnati where they would each make something and then write the blog post for it.  Other than upload the pictures and use the oven I let them do this all by themselves ????


So without further ado…here is Jacob and the I Told You So Pie….

I looked through a cookbook because my mom said I could make something if I wanted to.  She has a ton of cookbooks to I got them all down and looked.  I found one that my mom doesn’t like much.  I immediately went to desserts because I love treats. I had about 1,000,000,0000 ideas  but I really like cheesecake.  What I made was chocolate cheesecake my mom said it would be hard she did not think it would turn out (we had never made it before) but it was pretty good.

Preheat oven to 325 degrees.  Place the crackers and cinnamon in the food processor and pulse until crumbly. Stream in the oil and pulse until it starts to stick together (a few pulses). 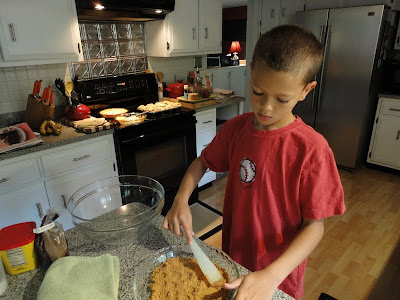 Press the crumbs into the bottom of an 8 inch pie dish or spring form pan. 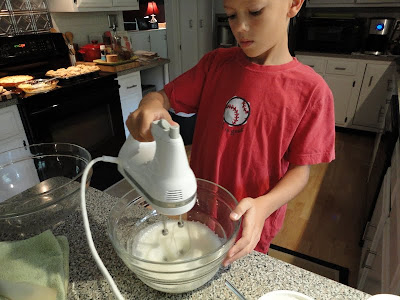 Place the egg whites and salt into a large bowl and beat until they are fluffy and cling to the bowl, about 2 minutes. 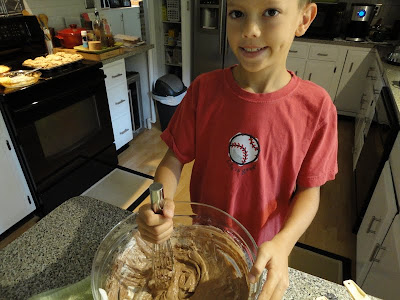 In another bowl, whisk the yogurt, sour cream, cocoa, brown sugar, flour and vanilla.
With a spatula gently fold in the egg whites. 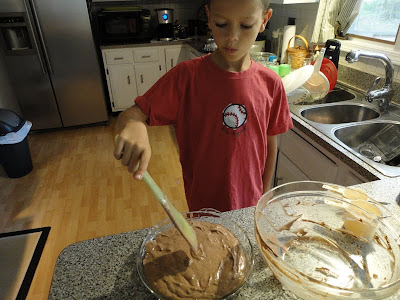 Pour the batter into the crust and smooth with the spatula. 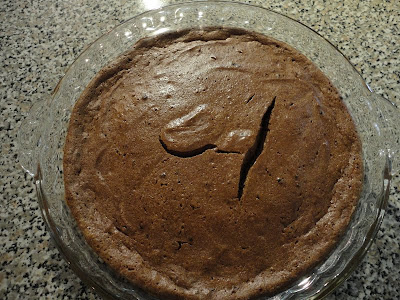 Bake until the edges are slightly browned and the center is still a bit jiggly, about 35-40 minutes..  Mine cracked but that’s OK ????  Cool for 2 hours. 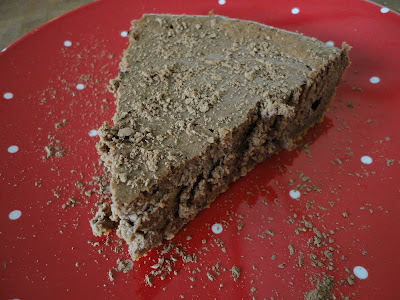 Mom dusted my piece with a little cocoa powder.  It really needed whipped cream but we were out.

Mom was a little worried about making this since she never had before and told me it may not be great.  I told her I wanted to try it anyway.  Turns out she was right.  It was light and fluffy but not my favorite cheesecake ever.  It was good but not great.

12 responses to “Jacob in the Kitchen……”